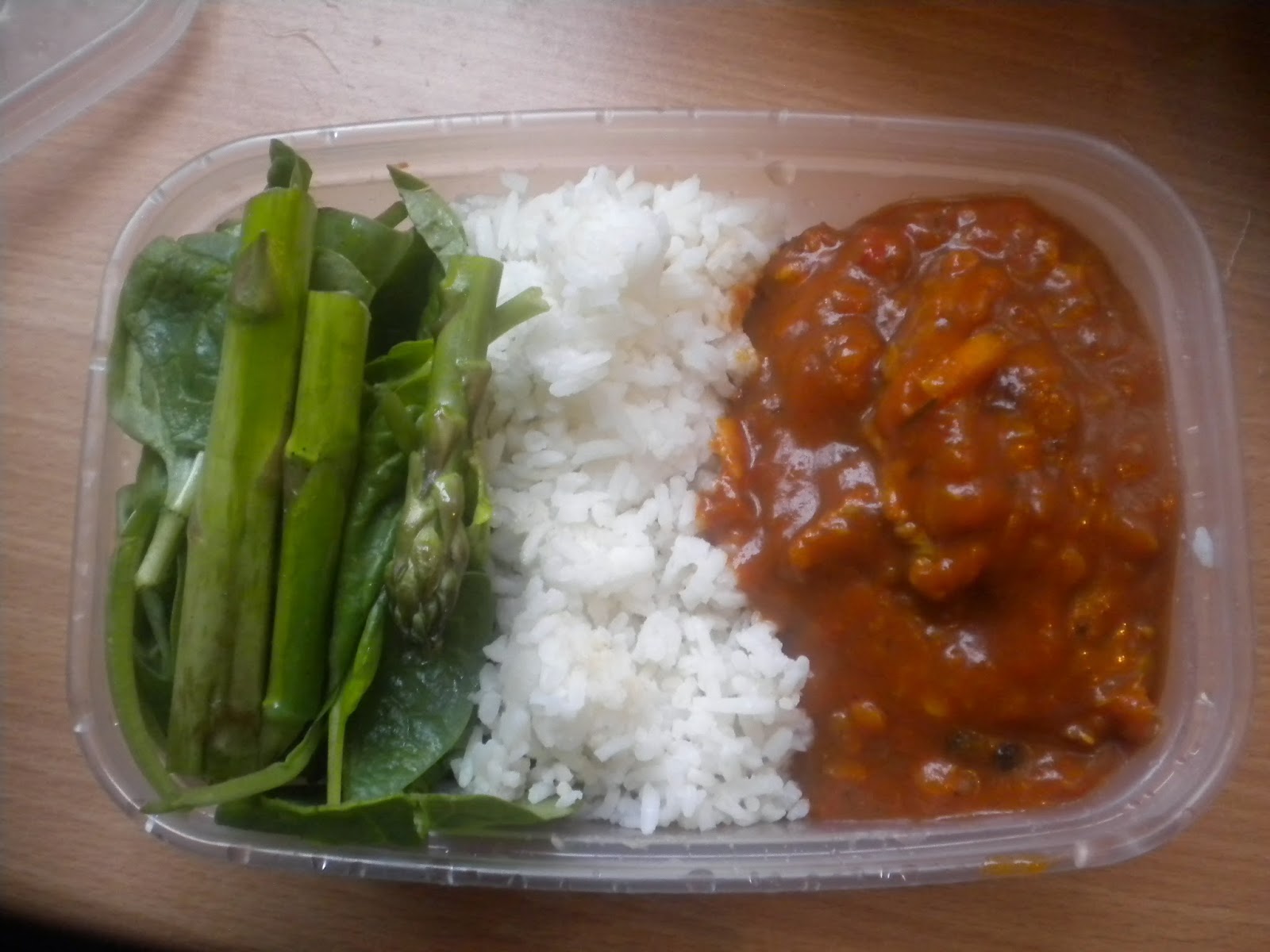 This first one used a deliciously rich and smoky lamb rogan josh curry teamed with fluffy long grain rice. On the left, a stalk of crisp asparagus quickly griddled in olive oil, snapped and laid on a bed of baby leaf spinach.

The (almost) exact rogan Josh recipe I used can be found here.
I used vegetable oil in the paste, because that's what I had, and lamb instead of the favourite vegetables. I'm a big believer in using what I have in the house to keep my costs down, instead of buying more stuff that I may not use for a while. Attempting to smoke my own pepper over the gas fire was fun though.... 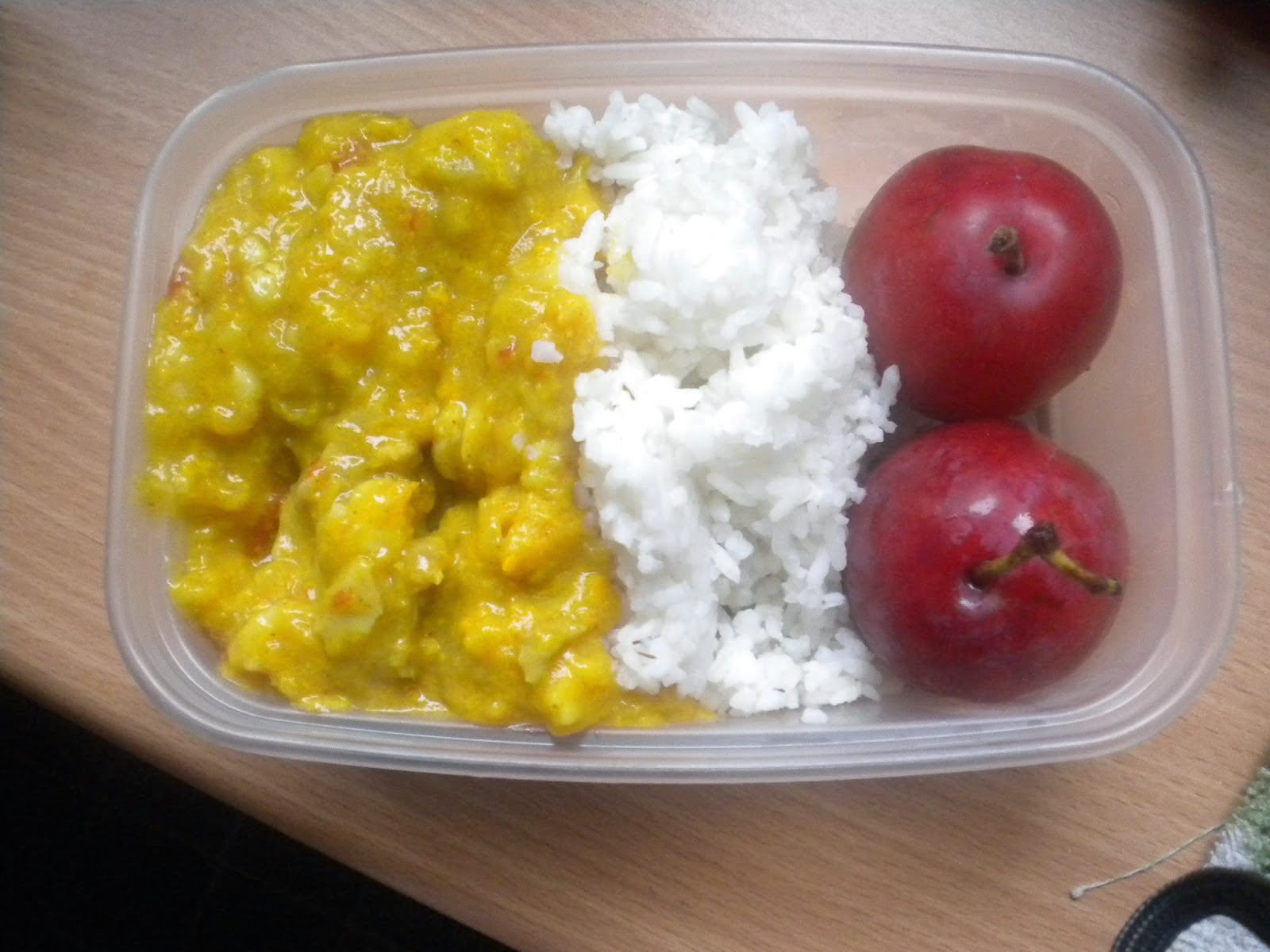 I was rather sulky when I made this fish curry (recipe here) as my friend who is staying over doesn't like spicy food and I had to leave out the chilli pepper, though I added copious amounts of (mild!) chilli powder to compensate. The recipes a keeper though - even with the begrudged omission, it still tasted really good!

I've had to switch to rice as my main lunch carb, as I find it's the only thing that fills up my normal tupperware to give me enough calories to prevent me trying to chew my arm off at around 4pm, when I'm normally still at work. Bread just doesn't cut it. Also, sandwiches are boring!
Tweet