Today, I decided to some some whoissugar type of glamour. 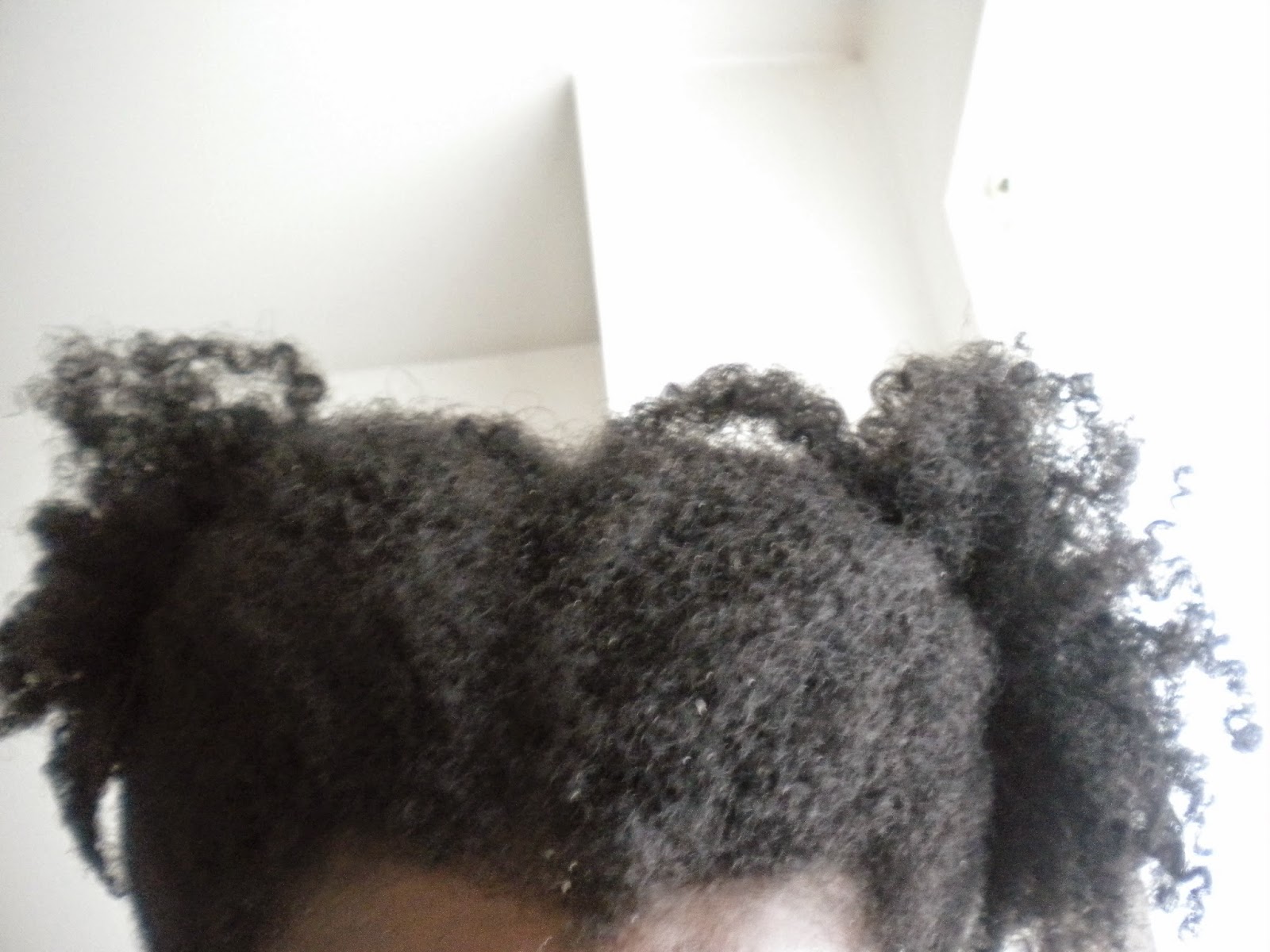 1. Jumped into the shower, and wet my head under the shower head to get rid of all the product from the previous wash day.

2. Slopped on a lot of Garnier Ultra Blend Shea Butter and Avocado Oil. I actually managed to leave it in for more than 5 minutes! I never thought I'd be grateful for having to do my hand washing laundry.

3. Rinsed out and then applied some Kinky Curly Knot Today all over my hair.


4. Used aloe vera gel and a little bit of Kinky Curly Curling Custard to smooth down the top before tying my hair into a ponytail. Tied my silk scarf on top. 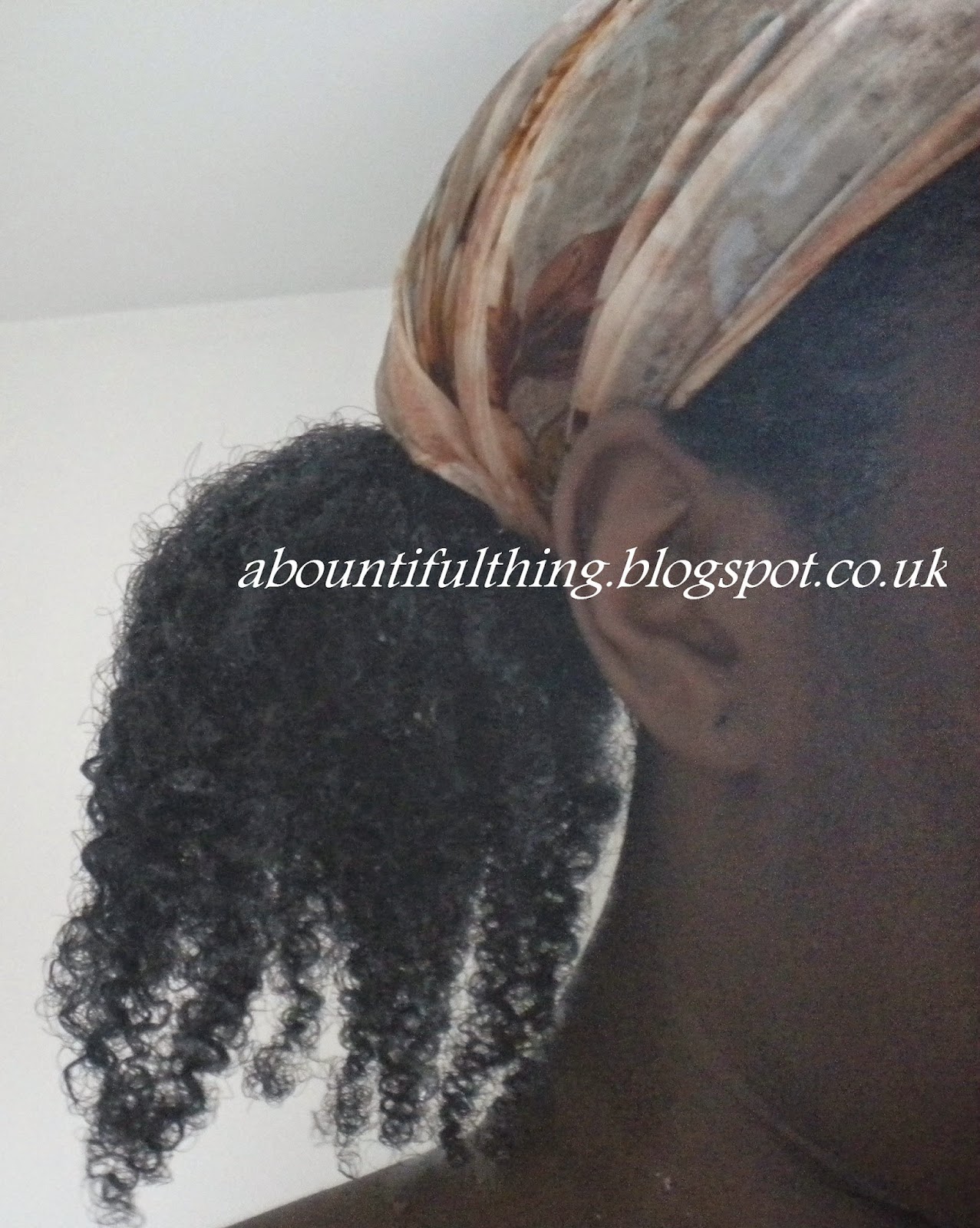 Added some more kinky curly knot today to my ends, and clipped them into separate sections using some tiny duckbill clips. Then I used Eco styler olive oil gel to run my fingers through the sections for some definition. 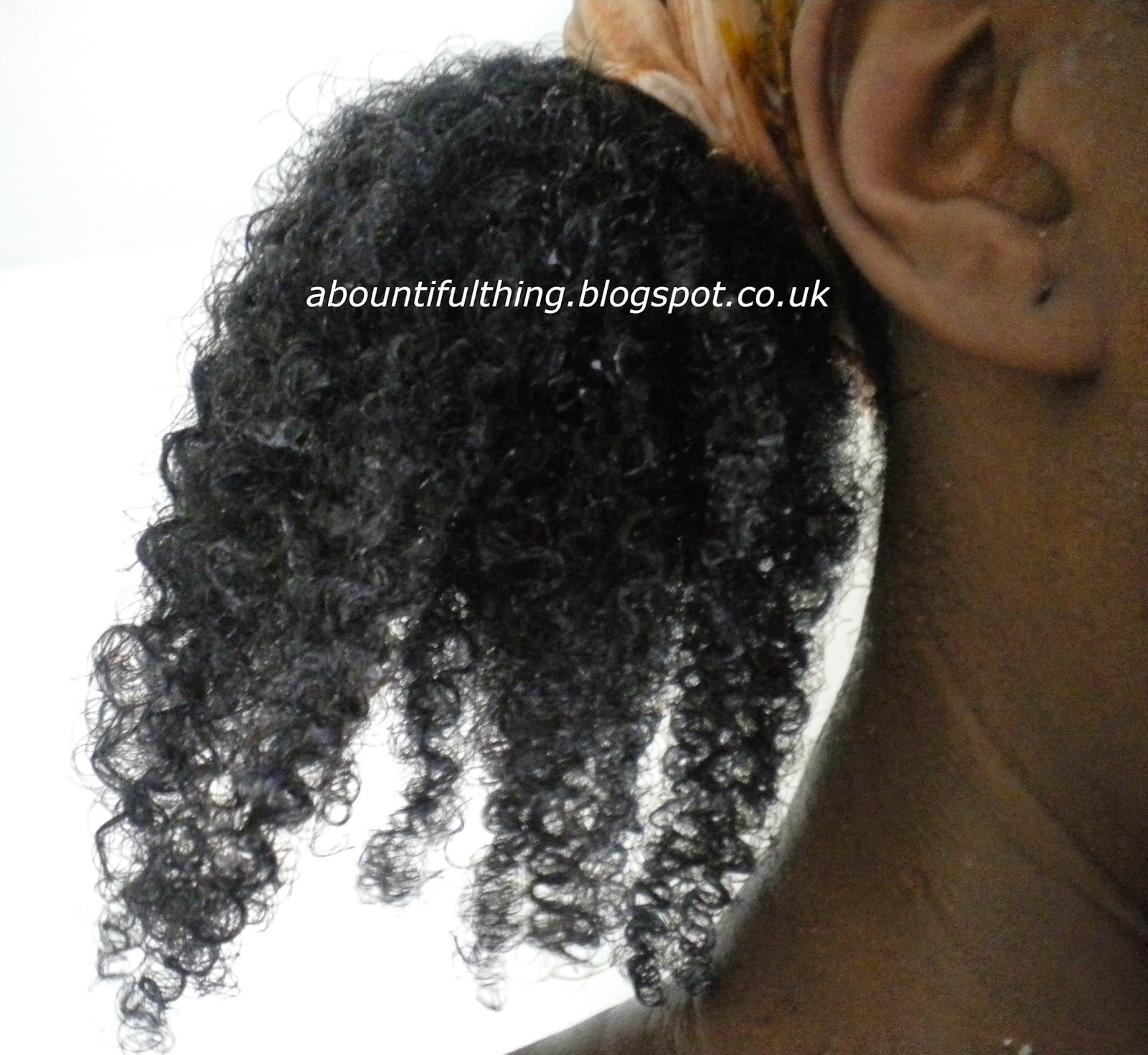 I knew it was going to shrink up on me, so I put a band at the top to keep it moderately stretched and to stop tangling later on down the line. 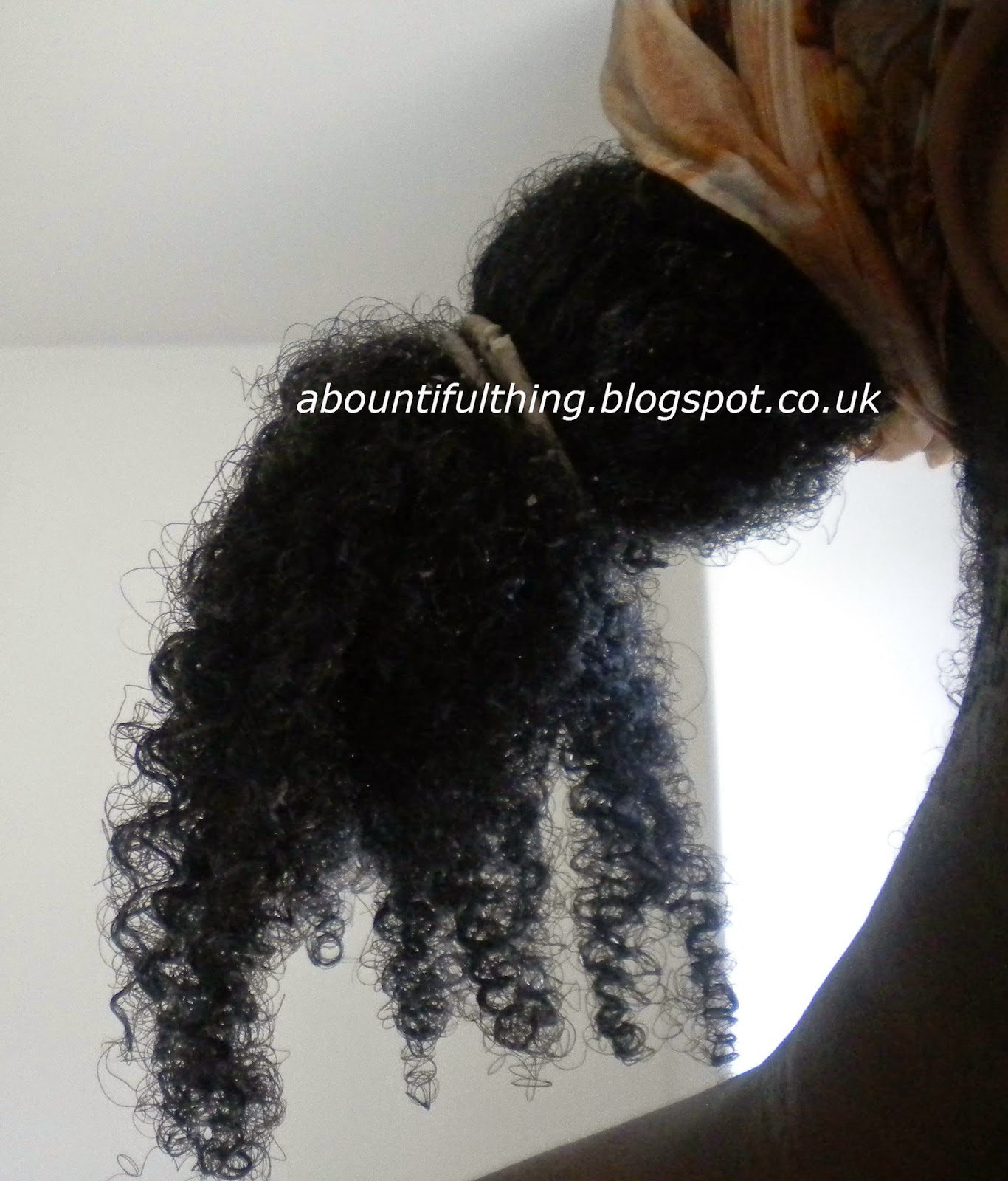 Voila! The finished product. It's still a little bit damp in this photo, but only on the top part. 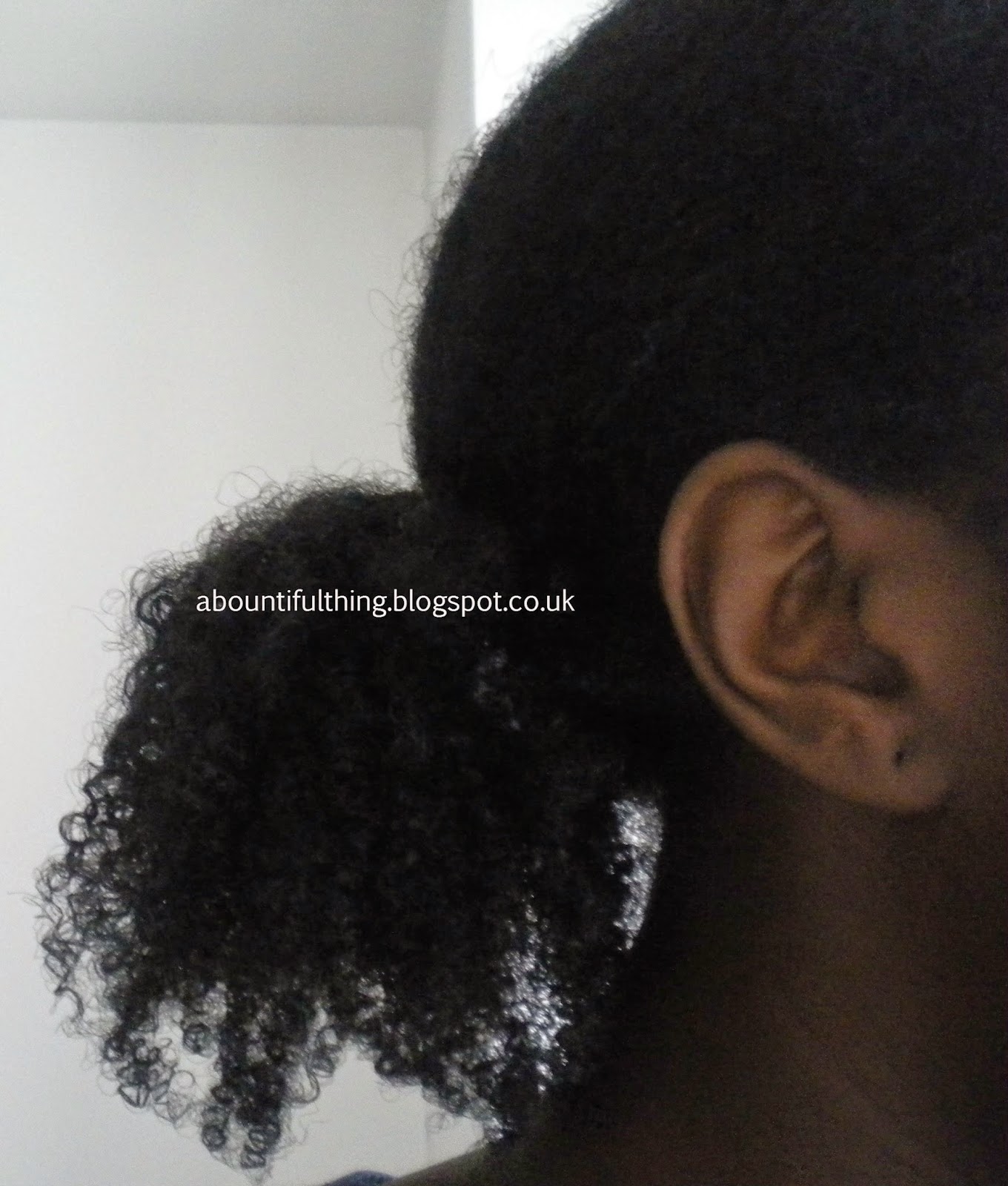 1) Slathered on an abundance of Vatika Oil and left it for an hour (or two) while I put laundry in.

2) I mixed 1 teaspoon of honey, with 1 teaspoon of olive oil, 3 teaspoons of rhassoul clay, 1 tablespoon of apple cider vinegar and 60ml (1/4 cup) of water. 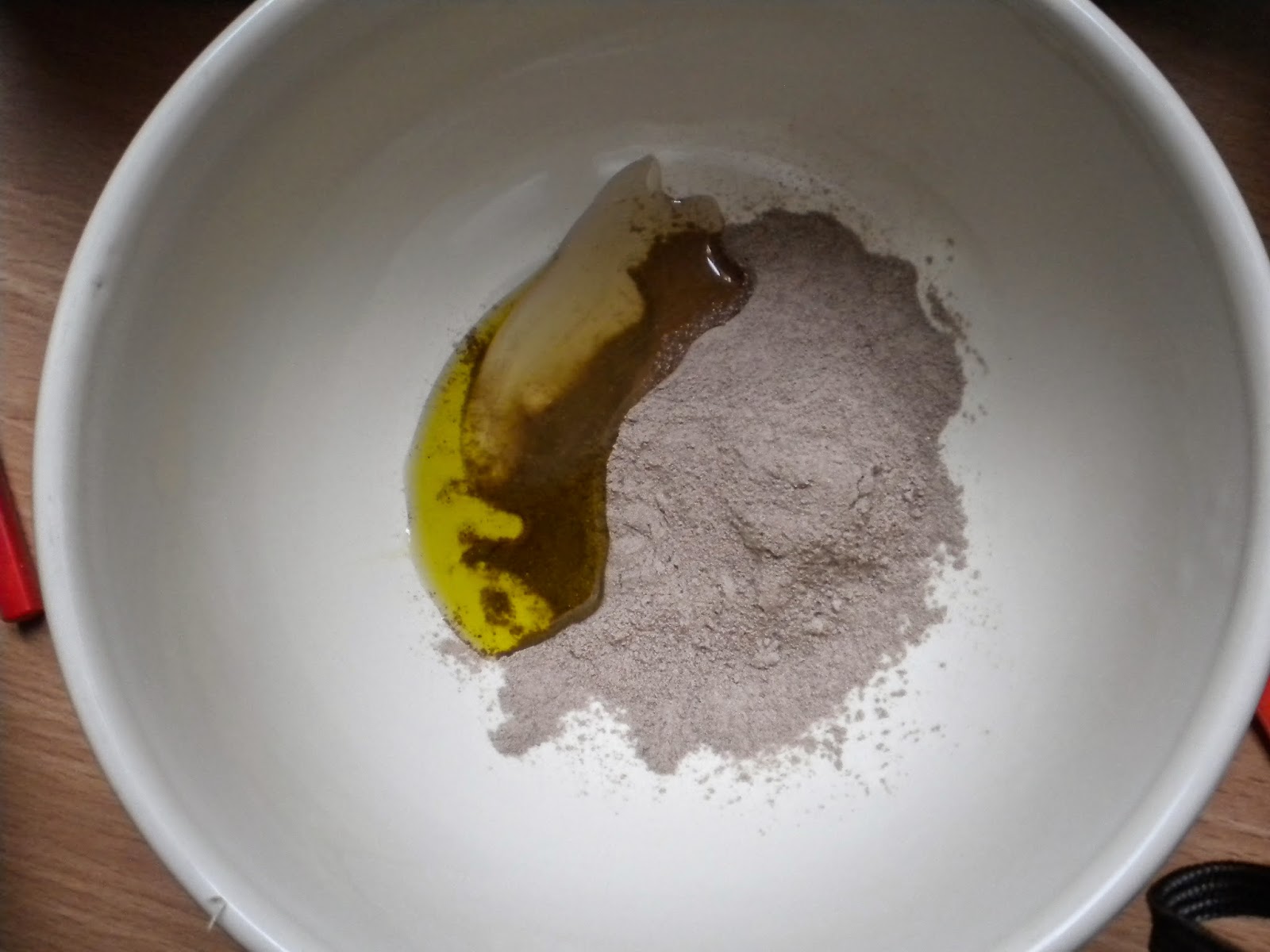 Why does apple cider vinegar make the clay mixture fizz every time? 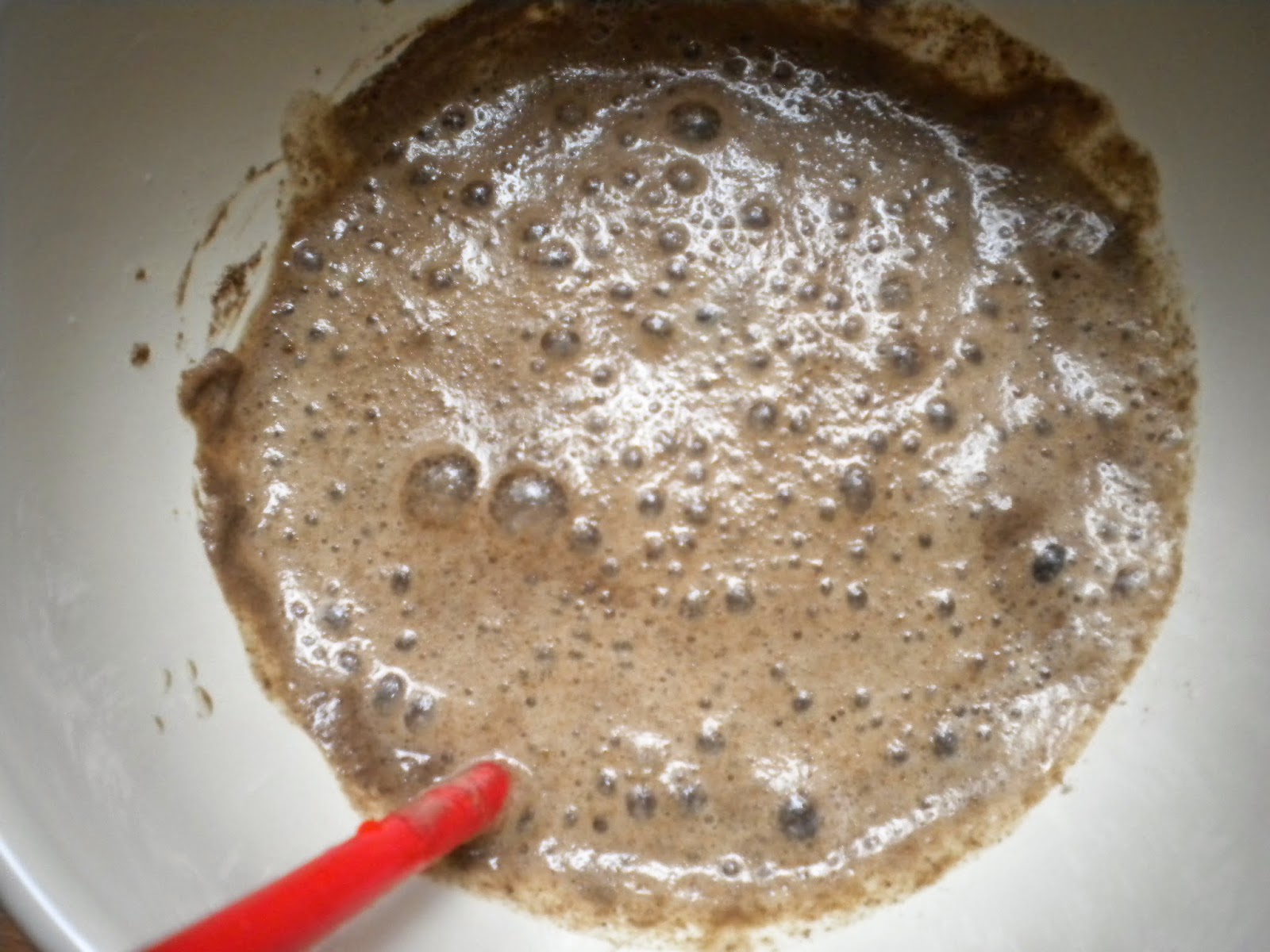 I plonked all of this on my hair, making sure to get every strand covered but deliberately limiting how much I raked my fingers through.


This was not the moment for detangling. The mix was slightly sticky (due to the honey - I tend to limit how much food I use in hair products, because I'm mostly eating all my honey. And bananas. And using all my avocados for guacamole. Or on toast...) 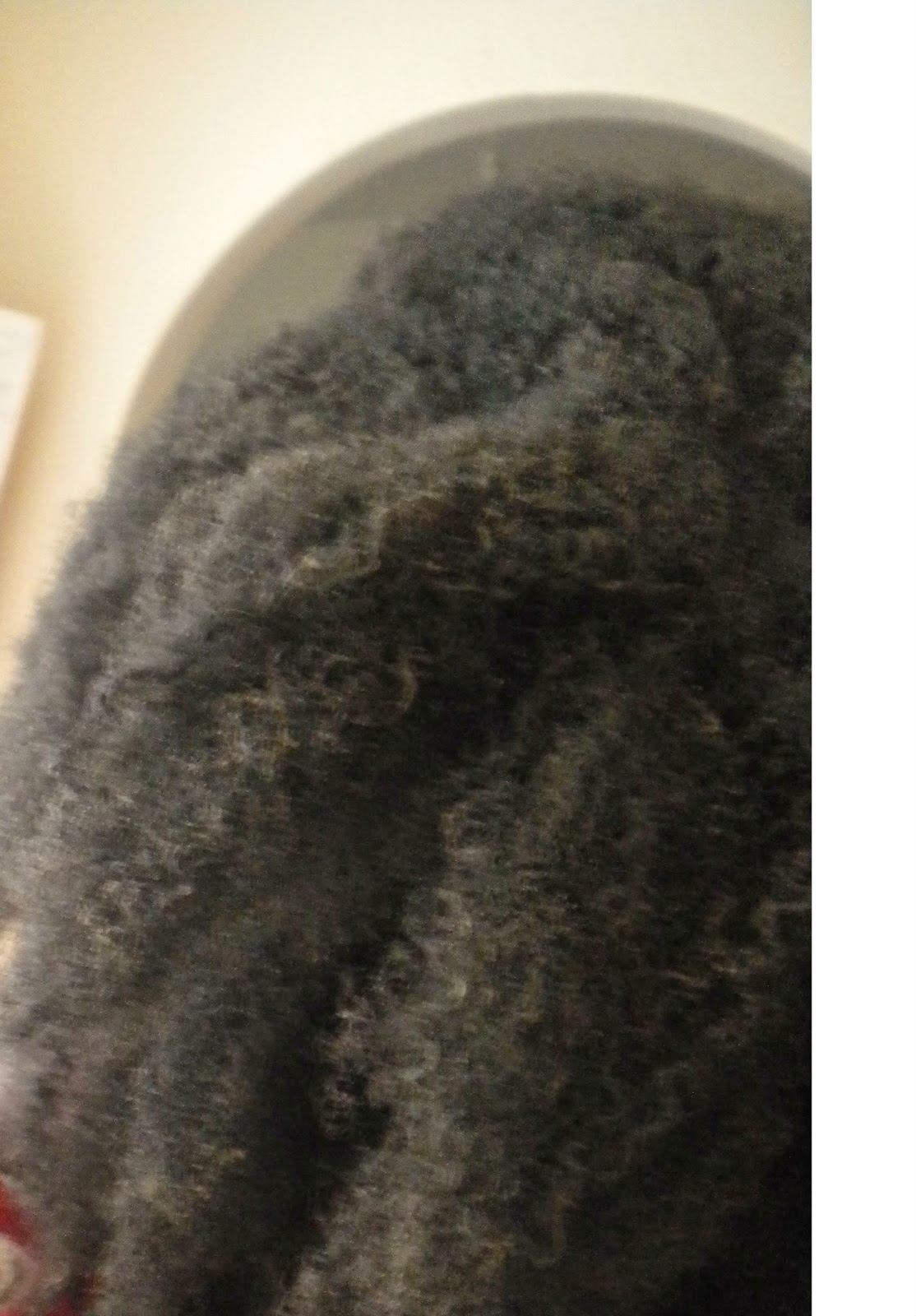 I left that on for an hour while I took the laundry out.

3) Rinsed through under warm water until the water ran clear. Then conditioned heavily with Ultra Blends Vanilla and Papaya, using the slip to help me separate my hair into twisted sections. I used a generous palmful of conditioner per section and ended up with 6 twists.

4) I left the conditioner in for about five minutes while I washed the shower and then rinsed it out while still in the sections.

5) I unraveled each twisted section, clipped one half out of the way and working on the other half. Then I used Kinky Curly Knot Today as a leave in and a light detangler, before adding some Shea Moisture Curl Enhancing Smoothie on top, before finally topping off with some Kinky Curly Curling Custard. Then I'd move on to the clipped up section and so on 'till my hair was completely done.


There was a lot of whiteness (that's not shine - it's product) going on before it dried and I genuinely didn't think it would go away... 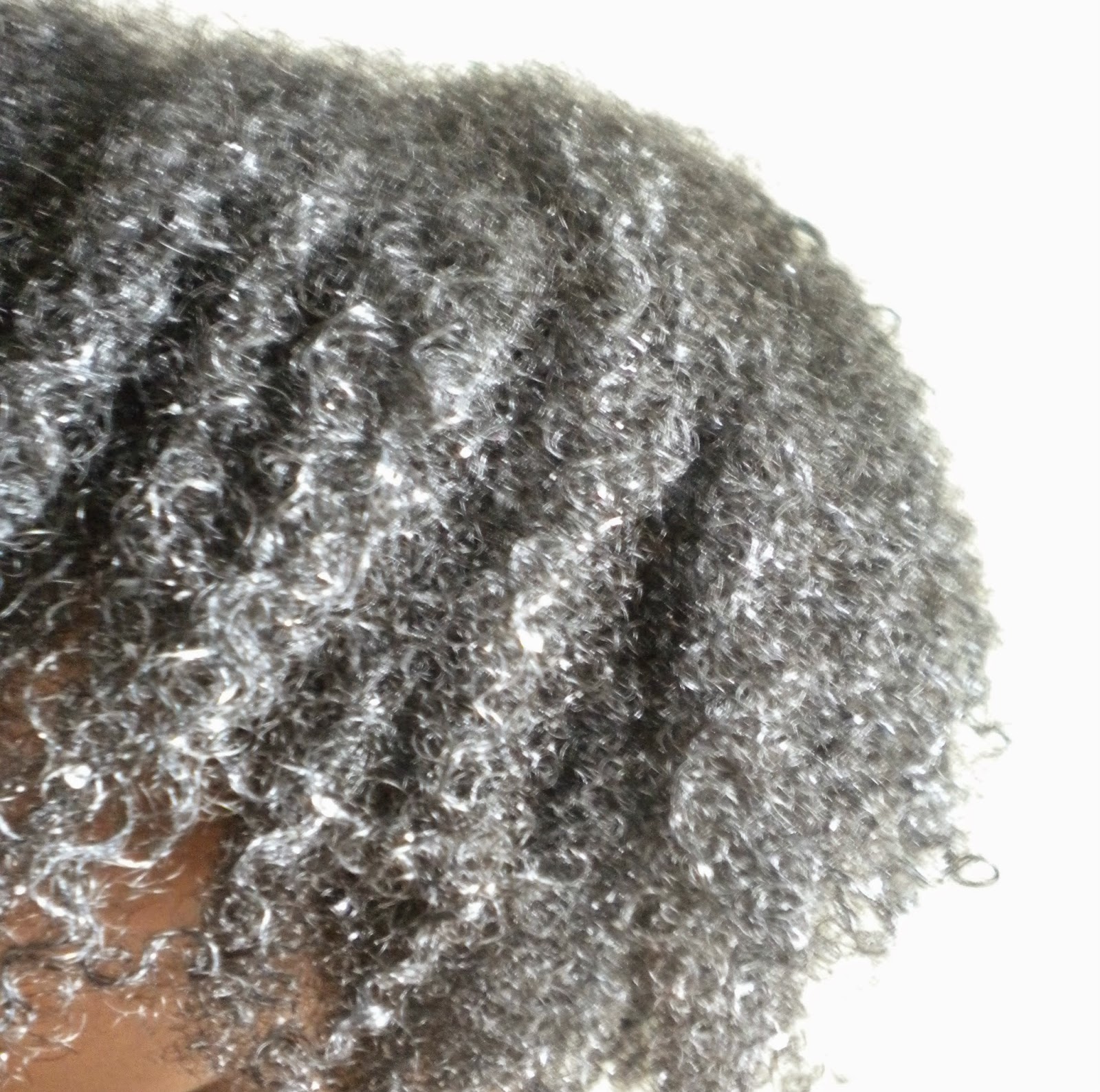 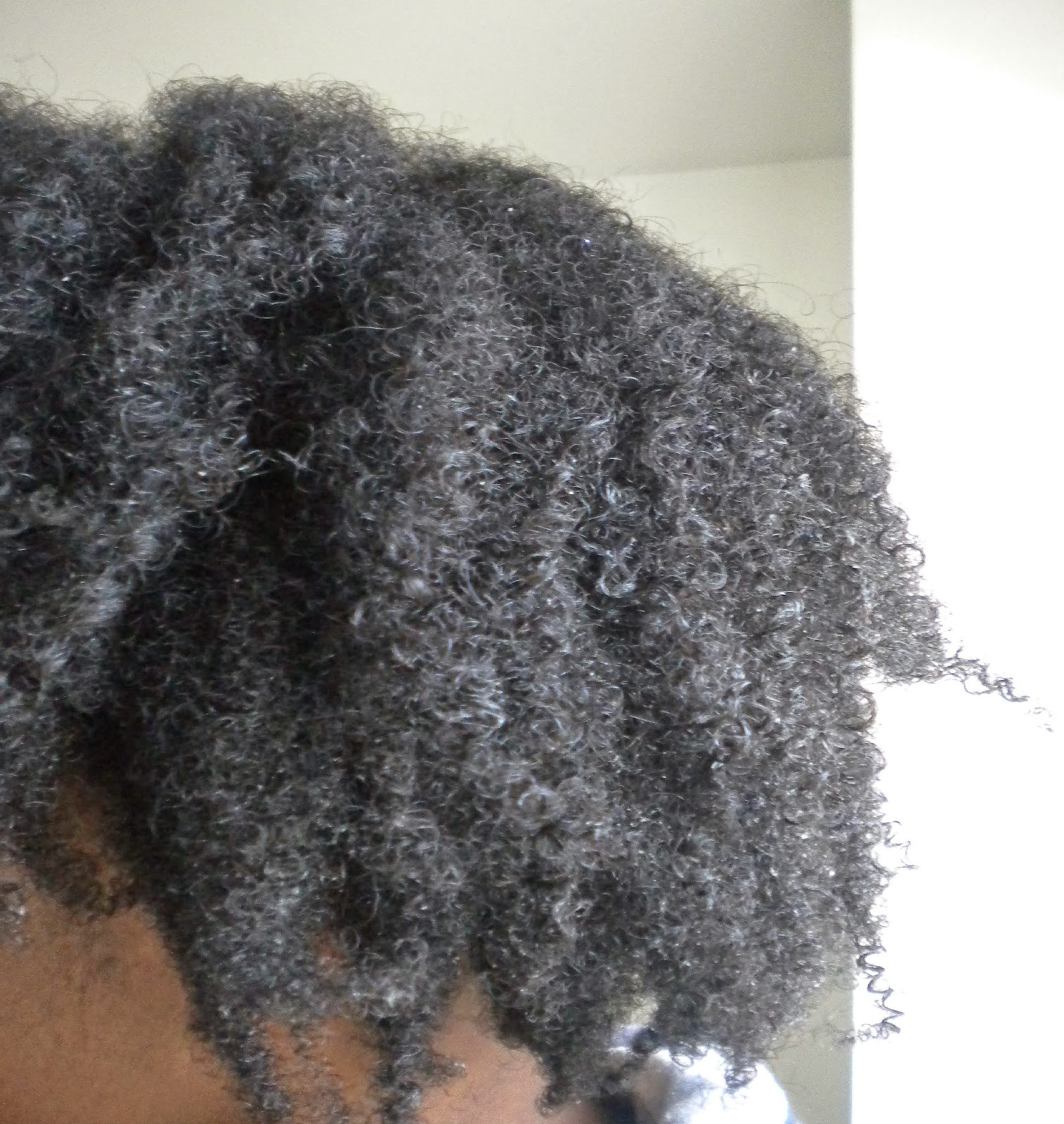 However, upon closer inspection, I noticed some flaking - aaargh! The white parts look like excess stuff that, hidden in the undergrowth, rebelled and refused to dry clear. 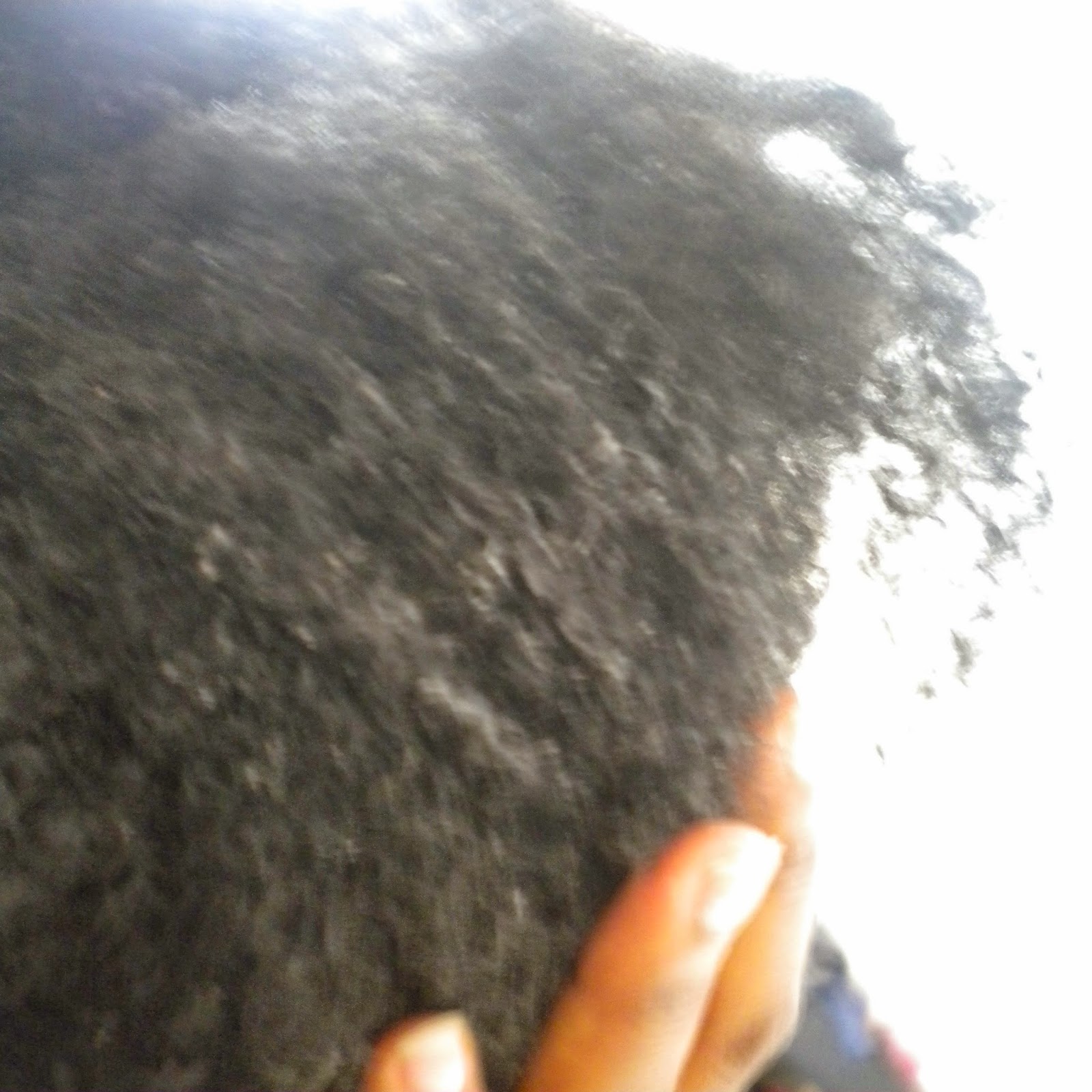 Is that what people mean when they meant to go light on the Kinky Curly Curling Custard? Or was it the Shea Moisture Curl Enhancing Smoothie that was the culprit? I'll have to do this style again and find out.

In general, I loved the way my hair shrunk, so it was more 'cute mushroom' as opposed to 'heavy mullet' that I got with the Olive Oil Eco Styler. And my goodness, the lack of crunch was ASTOUNDING. So soft and touchable! Heehee, will have to try this again and try and minimalise the flaking.....
Tweet
at 21:12 No comments: 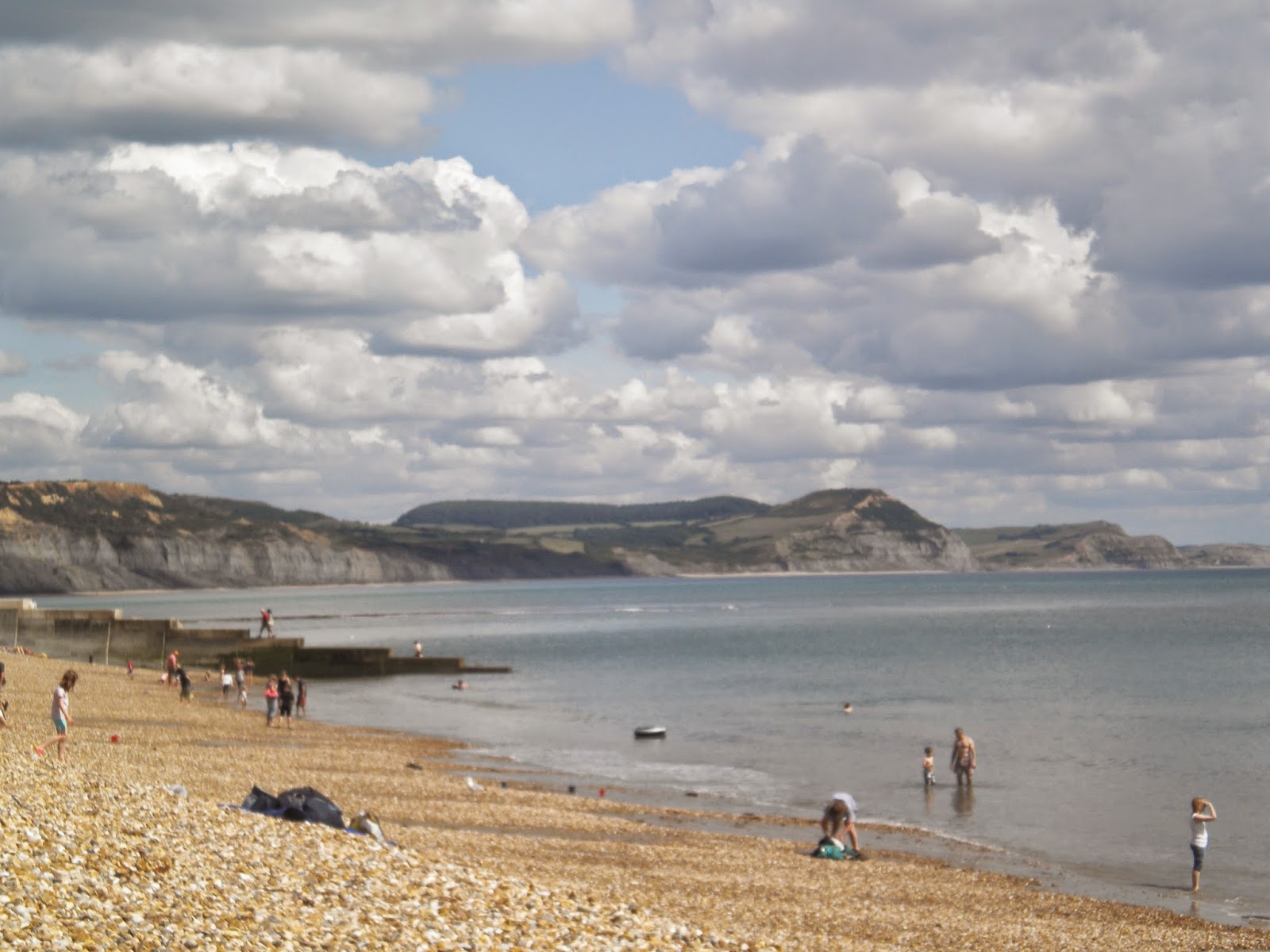 Did I ever mention that I was an island girl?

I am an accredited nerd.

I made myself a badge a few years ago declaring this fact and wherever it is, I will look for it. I will find it and I will show you.

(If you say the above in a Liam Neeson voice, it makes a lot more sense).

Not the boring dates history, but the history that details people's lives - the glamour, the despair, the battles. I love seeing the creative innovations of civilisations we would think of as far more basic than ours, and the parallels between their lives then and how we live now.

So when I stumbled upon John Green's Crash Course history channel on youtube, I was hooked instantly (especially in this video, where he acknowledges and discusses historical bias. Yesss! From a historical and not taking-the-mick point of view, I hate the film 300 for the blatant historical bias on almost every front imaginable because of Frank Miller's own prejudices. Eurgh.) and the fact that it's a history course that looks at the world instead of just what Europeans were doing until they became Americans and then the things that happened in those two areas...blah blah blah.

Enough already! Tell me about the religious happenings in West Africa more than 1000 years ago!

It's the perfect mix of knowledge, randomness and has a lovely, quirky cartoon style that keep my attention. I love the geeky references - to Harry Potter, Mario Kart and other cultural references for those who spend too much time on the internet.

Also, it's got excellent and accurate subtitles for those who may be hard of hearing or who don't speak English as their first language and need to look up vocabulary.

Huh, maybe I should focus on my blog more than watching youtube videos other people have made....? Nah!

Big Feet on the High Street

I remember walking into the Payless store in the States. I had on my usual walking-into-a-shoe-shop attitude on - apathy, mixed with a streak of boredom, sprinkled liberally with resentment. ApaStreborest for short?

I never found my size in real life shops - why bother?

But I did. Fabulous shoes, including a blue pair of platform sandals that made me feel 10 feet tall and some red American Eagles that served only to fuel my Mary Jane obsession.

The set-up of Deichmann, with all those boxes piled on top of each other, reminded me of that time and drew me in.

But this was not America, land of the cheap, well fitting shoe. I was already subconsciously being stalked by a cloud of Apastreborest as I drifted by the shelves, seeing size 6s on sale, 5s, a whole row of 7s on sale....I live in a town of tiny footed people. I personally don't know women here who have a foot size bigger than a 5 (European 38, US 6). 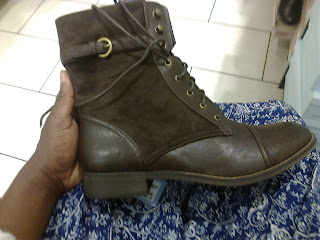 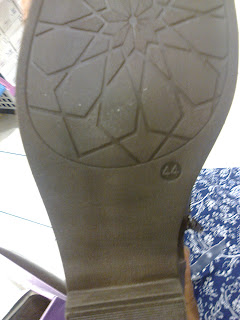 It turns out that many of Deichmann's shoe offerings go up to a UK size 9 or 10. To make it extra easy to spot them when you're scanning the shelves of shoes, they have this little 'XXL' sticker on them. 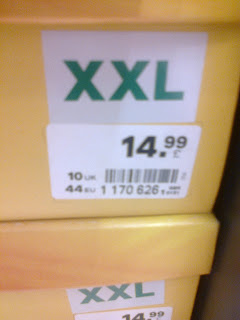 Plus, they're ultra affordable. Most of the shoes I saw were about £14.99.

Alas, if you are of the wide footed variety, like myself, I would give this one a pass, lest you are forced to do like Cinderella's stepsister and chop off a toe. I did managed to squooze (yes, it's totally a word) a foot into one shoe and it was not something I'd advise for anyone longer than 0.28 seconds. Get thee to Evans. 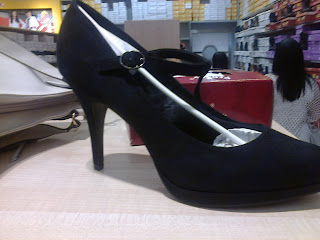 But for the slimmer long footed amongst us, this is a brilliant high street option. Definitely pop in if you have the chance! Or check out the range online before lugging yourself off your sofa....or out of your bed...ahem.
Tweet
at 17:00 2 comments:

3) Shampooed with Sheabutter Cottage's Liquid African Black Soap, gently massaging it into my scalp, and then letting it run over the rest of my hair when I rinsed.

4) (Deep?) Conditioned with Aubreys Organics Glycogen Protein in Lavender and Ylang Ylang for five minutes, then rinsed out.

5) I styled section by section, because I wanted to do a wash and go. I worked on each twists half, and from the back to the front, so I could keep up with which parts I'd done. I used Kinky Curly Knot Today as a leave in. First time using - first impression? I'm not a fan of the smell!

6) Then I applied Shea Moisture Curl Enhancing Smoothie on top.

7) Finally, I raked through the Olive Oil Eco Styler Gel.

There was a lot of white foaming residue happening so when I got over to the right side and started from the back, I switched to my DIY Interim Hair Milk as the leave in and skipped the Shea Moisture Curl Enhancing Smoothie, just to see what would happen.

In the manner of Courtney from ThinkandGrow Chick, I twisted some sections of my hair that needed coaxing to hold a pattern of any sort.

8) I shook my head, in order to discourage the ends sticking together and causing knots.

Although my hair dried clear it. was. so. crunchy! As in, when I touched it, it felt crisp. It felt like a crisp! Except not as yummy. Every time I squished my hair between my fingers, it felt like I was crushing it.

It last a few days, but I wasn't impressed by the flaking over the next couple of days, as the gel 'softened'. The gel crunch flakes (sounds like the most disgusting cereal in the world) would be there on my shoulders every time I touched my hair after it dried, including putting it up at night and taking it down the next day.

The definition was good (probably, hence the crunch) but the shape of my hair was like a mullet.
Faster than my mullet...
Tweet
at 15:38 No comments: