After two weeks of 'doing-the-absolute-least-while irresponsibly swimming in-the-sea-whilst-wearing-only-a-bun-for-protection' bidness, I needed to make time for my hair. It was fast showing signs of neglect and rebellion. 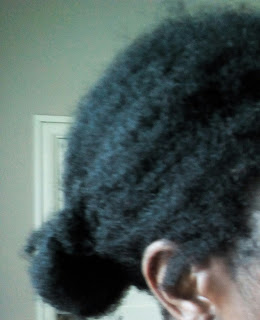 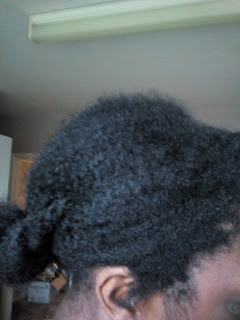 This is what my wash days normally look like like, unless I need a shampoo which  switch out the cowash for. The leave in will vary, as will the stretching style but the rest is pretty much set in stone. Start as you mean to go on, old boy, and all that, what!

First of, I let the water run through my hair and used the pressure to help me gently separate my hair into sections - four in all.

Then I started up with Eden BodyWorks Coconut Cowash on a section, carefully using its slip to soften and slide out shed hairs from the root, then putting the section under the shower head to help me remove the shed hair completely. Like maaagic *sparklesparkle*.

Then I applied in the Aphogee Reconstructor and left it in while I moved on to the next section to rinse (most literally!) and repeat.

My right side sections were fine, because that's the side that the bun was on and where the hair was most stretched.

But my left sided sections...? Whooo-wee! That was a trial and a doozy and retribution all in one. I could definitely tell that that side had barely been stretched during my two weeks of tomfoolery.

I think that took me about...half an hour to an hour?
Which compared to my old dry detangling times of about 3 hours, I'll take it, son.

That meant the reconstructor was in each section for at least 5 minutes, which they all needed, if I'm honest. I rinsed it out, then added the Shea Moisture JBCO Masque. Normally, I leave it in while I clean my surroundings but when I need a little TLC, I pop on a shower cap and pop my head under the heat cap.
And if today wasn't a TLC day. I don't know what is, my friend.
I used the heat cap for about 15 minutes (lost track of time), then rinsed out the sections. As I rinsed out, I softly detangled again with my fingers, then separated each of the sections into two twists. Shower time - done!

Now, styling/stretching time. I'd already decided to go back to an old favourite.
Curlformers. 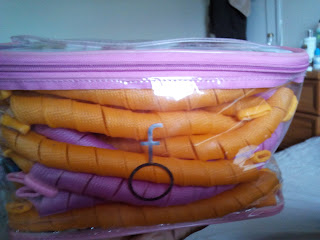 Unravelling each twist, I clipped up half and then lavished on generous amounts of Eden Bodyworks Pudding Souffle to the other half that was left down.

Mathematician's hat on, I divided each half into about three further sections, taking each section as I went and putting it into a curlformer rod. Some of the halves felt small enough to just go into the rods.

I confused myself by doing this, instead of doing my normal numbers game. Usually I run out of rods before I'm done, but this time I had what seemed like a multitude of rods left.


But it had taken me less time than normal to put them in (like 30 - 40 minutes instead of an hour. This is also partly because I foolishly always want to do a Curlformer set after a month of washing and going and the detangling after the wash is nearly enough to finish me off ;_;).

I sat back under the heat cap to dry the curlformer set because I don't have patience to wait the minimum 6 hours for it to air dry...which was a good thing because it turns out my sections were too dang big!

Instead of my normal hour under the heat cap, it took around two ¬.¬
Clearly the time I'd saved putting them in was doubled and then stuck onto the end of my drying time. 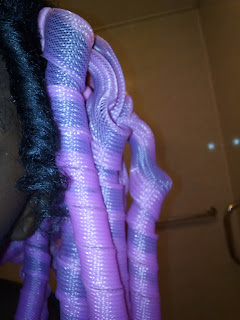 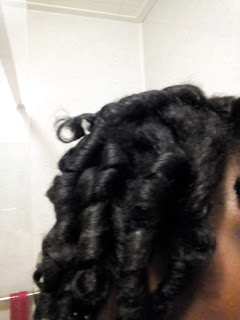 Can you hear that? No biggie, just angels singing songs of glory upon my mane.


Light (especially after getting all those rods out), fluffy, bouncy, shiny, delicious...
How my feels and looks after a curlforrmer set never fails to amaze me.


I started playing around to separate the curls and make my hair look fuller... 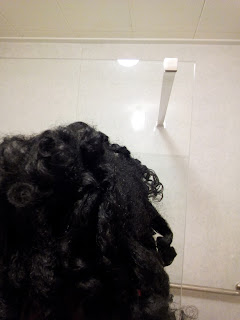 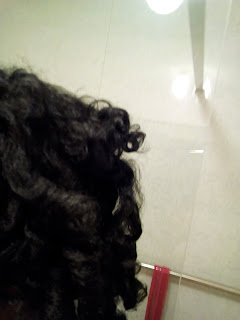 I need to stop now orelse this'll just turn into a vanity collage of me fluffing my hair.
Luckily this is all photo based (and I don't know how to use a camera), otherwise you'd just have a ten minute video of me shaking my hair in yo' face.