My house sisters had been watching 'My Best Friend's Wedding' staring Julia Roberts.

But this was Julia Roberts before the brunette dye and the hair straighteners.

This was a Julia Roberts that proudly rocked her Celtic/European roots on her head with massive, wild and beautiful abandon.

She was Merida before Merida. 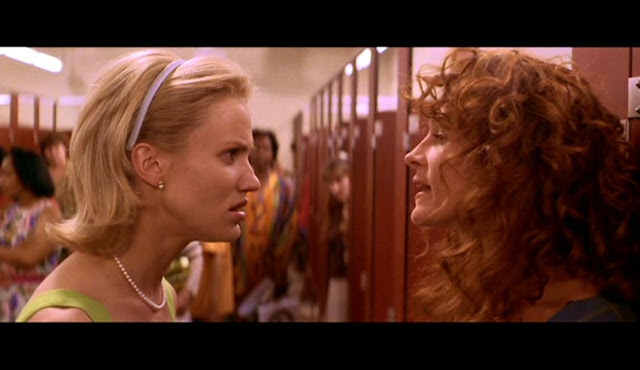 Despite the fact I could barely bring myself to watch her exploits in that film (attempted man snatching is tacky, no matter how charming and honest you try and be about it), the thought of her hair stuck in my head and pushed me into trying out a twistout.

I don't usually try twistouts because my roots look amazing, despite the fact that nobody can see them as high as they are on the top of my graceful Amazonian head; On the other hand, my ends are a straggly, stringy mess, despite the fact it's darn near impossible to hide them.

What's a girl to do? Apart from rock twists and textured buns?

Why, practise of course!

I decided to be all methodical about it and try it dry, damp and wet with the same products, write down my results. Analyse the results and see how I can modify them to get what I was looking for.

First up: A kind ofdry twistout, done with the usual suspects: Spritzed with water, applied Giovanni direct leave in and some shea butter and coconut oil. 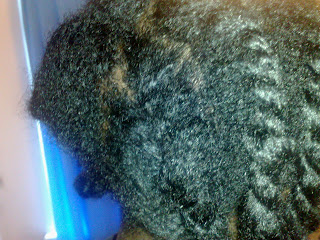 It was set in 10 flat twists, five on each side. 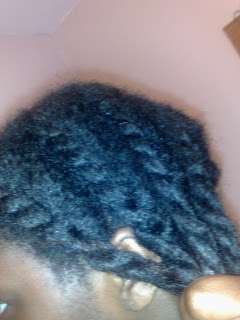 Then pinned.... into a type of labyrinth. 45 minutes to do altogether. 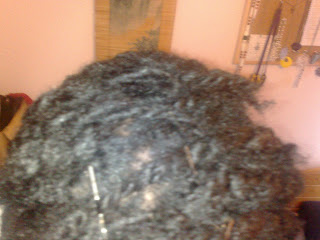 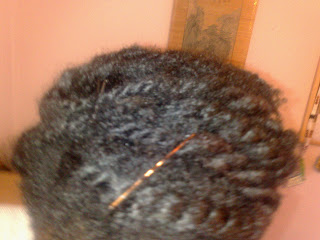 For the take down, I rubbed Castor oil, Coconut oil, 2 drops of Neroli essential oil and 4 drops of peppermint essential oil (for the smell) on my hands and dabbed that on my hair all over, then started unravelling. Took about 7 minutes to take it down.
The left side come out BRILLIANT. I LOVED it  - amazing fullness and definition. The ends were still scraggly, but less noticeable than normal. 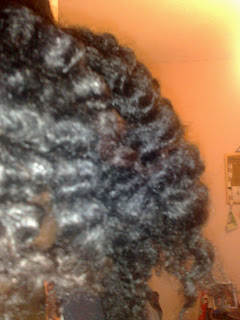 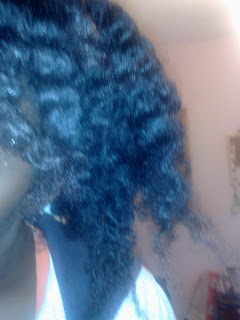 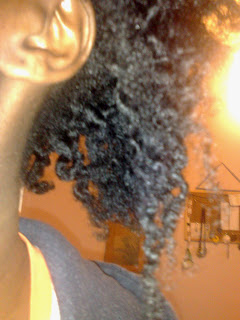 The right side - eh >.< I must have stretched it a bit too much because a lot of the definition was lost. Rubbish. But I have my method! My (semi) perfect method that means that doing it on damp or wet hair is now a moot point. 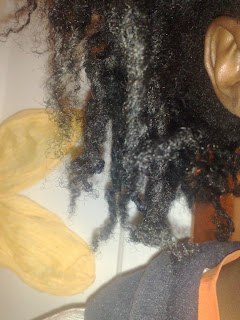 In other news - What in Anne's Green Gables is going on with the shape of my hair!? I pinned the fail of a twistout over to the left, which accentuated how lame it is. 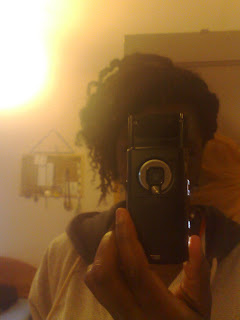 The cut of my hair is getting drastically worse instead of better. The top layer of my hair thinks it is the top bit of a mullet and the bottom layer thinks it is taking part in some inverted bob experiment and yet I constantly pin it as though it has a side shaved off.  Just who do those three chunks of hair think they are? The round, clean well maintained cut I constantly envision in my head is such an illusion. This is what happens when you grab a random chunk of hair in front and call it a fringe - things get confused. 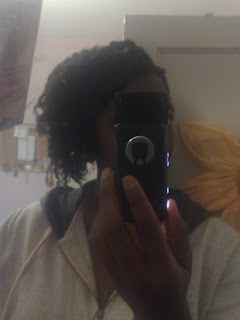