So, this is the post where I hold my hands up and say - okay. Maybe I was wrong.

Maybe ponytails can be protective.

What with all the running about I was doing between the North and South and Midlands of England, as well as trekking continuously through Hyde Park, my hair was at the bottom of the list of things to talk about.

You know, next to laundry and other non important things like that.

Anyway, I stuck my hair in a double ponytail.
Basically, I put the top half in a ponytail and then add the bottom to the top ponytail with another ponytail holder/ hair band. 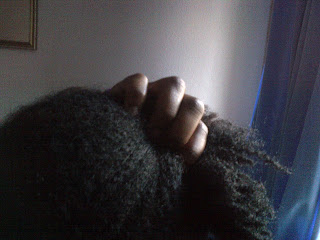 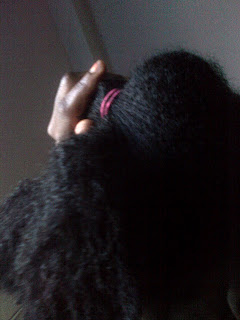 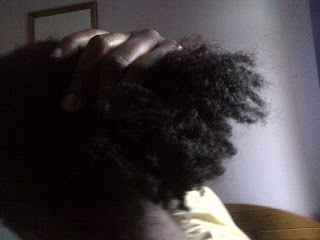 If none of that made any sense, it's a lot like this (except my hair never looks like that):

Maintenance was easy - let the shower hit it in the morning. If it felt extra dry, add some aloe vera gel and oil.
Tie a scarf around it at night, which revealed this in the morning. 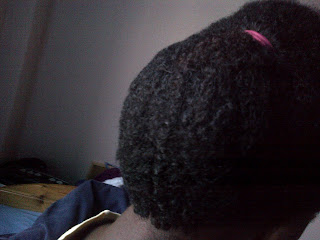 And then it started all over again. Incredibly easy to maintain and so little effort. It did shrink up over the week but I really enjoyed the simplicity of it. Low maintenance, the shrinkage meant my ends weren't rubbing on my clothes and my clumped ends were protecting each other. Brilliant!
Tweet