Olympia - What's in a Name?

Finally - a sporting event I can take interest in! 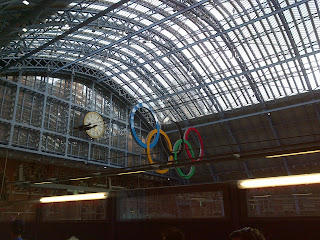 It's weird to think that one of my first posts a few years back was talking about the World Cup in South Africa and now tis the Olympics!

This could be a really long post, so I'll summarise quickly: The atmosphere in London and at the Olympic events was incredible. We became French for a very exciting handball match - Allez les bleus!

But apart from the stuff that actually happened involving the Olympics, there were a lot of interesting things concerning international interest happening around them. My favourite that we visited was the African Village in Hyde Park. 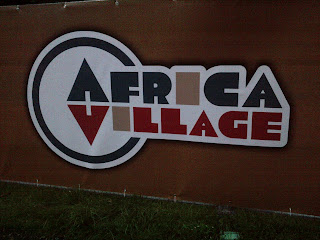 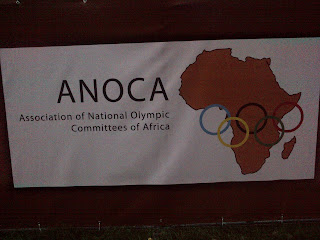 There were lots of little tents for different countries, all with unique atmospheres.

I popped into the Nigerian tent, where they had a gallery displayed local artists and clothes for sale.
My favourite picture was this one: 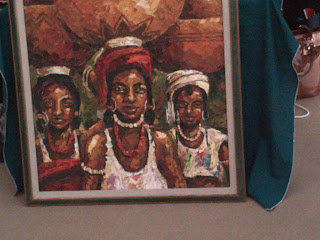 But I forgot to grab the name of the artist...I don't think it was visible at the time.
The Côte d'Ivoire tent you could hear from a distance because of the music - I was dancing before I even got into the area and it was really packed full of people. The party mood attracted a lot of people! 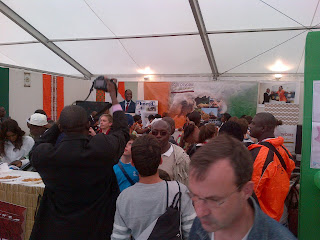 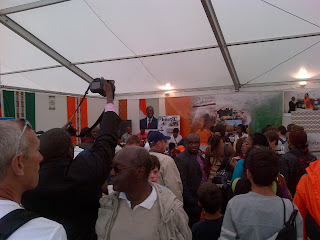 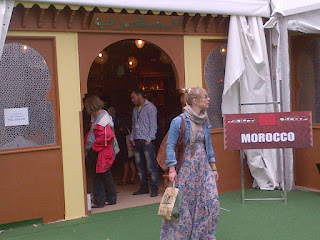 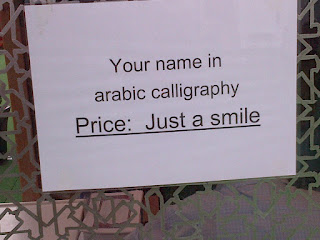 And sumptuous interiors. It was simply gorgeous on the inside! 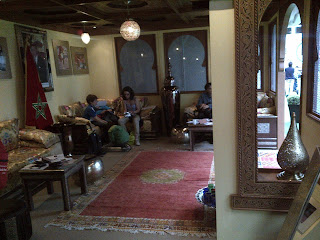 There were quite a few items for sale too. Silver jewelley and trinkets [far too extravagant for my tastes, some of them!], vases... I imagined that this was a much quieter version of a souk. 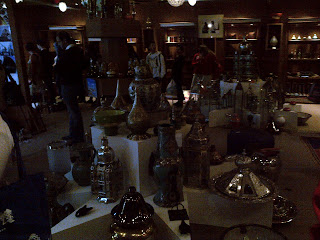 Things were so beautiful, I just found myself continually taking pictures. That and I've always kind of wanted to visit Morocco. 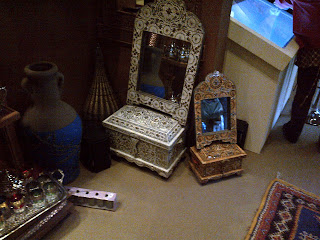 Even the lounging chairs for the visitors - or the exhausted better halves of over enthusiastic bloggers!- were divinely embroidered. 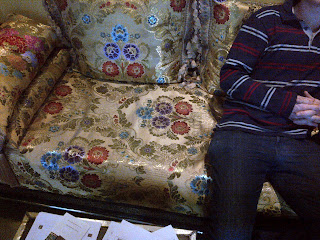 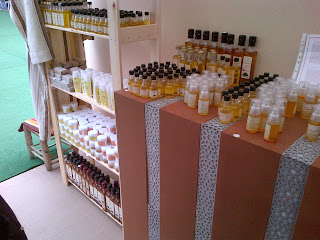 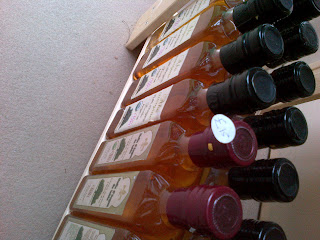 But instead I made the executive decision to spend all my money in the restaurant selling fried tilapia, suya, jollof rice, plaintain, lamb tagine and other delicious things. 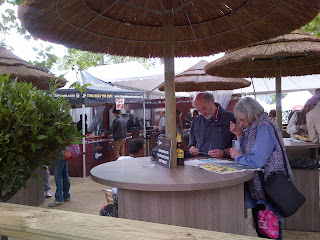 On another note, I was having a chat with the Better Half about how some of the athletes were aptly named: Justin Gatlin [as in Gatling Gun], Carmelita Jeter [to throw...herself? Quickly?] and Usain Bolt...well, to be honest, his legend says it all. 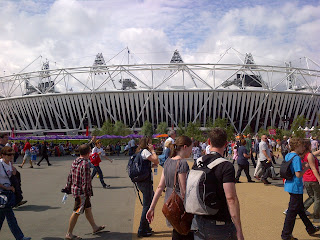 I'm really enjoying the Olympics in London; playing a tourist in my hometown was a lot of fun. I'm definitely thinking of Rio in 2016 now! Better get cracking with the Portuguese lessons then... 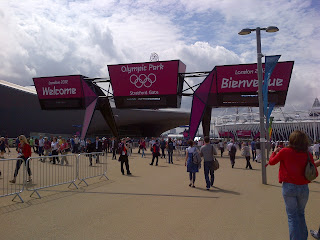