Pretty that can't be pictured

My passport expired last year and I've been delaying it for 6 months because....

Well, because of the picture. I wanted to take the picture when I had time to do something vaguely interesting and quirky. I was thinking two puff buns, a la Pucca.

But last week, after delaying it for nearly 5 months, I just decided to do it after my swimming lesson.

I gently brushed my soggy hair back into a slightly shrunken and full ponytail, banded it to stretch it out, and then delicately pinned my fringe to the side to allow my face to quietly shine through. Pleased with my work, I slipped into a photo booth at my local supermarket and tried to look as human like as possible.

So of course, the resulting picture showed all I had was a misshapen, none-existent ponytail, since my hair hadn't dried when I released it from the bands, a sloppy fringe and a facial expression reminiscent of one plagued with constipation.

Obviously, it didn't end there. The photo booth did me the ultimate injustice by flipping the picture around, so now I look all wrong on the wrong side of my face.

I'd just paid £5 for the privilege of looking like one of the undead's newest recruits, so I sent the photo off with my form and resolved to spent the next ten years grinning manically whenever I enter an airport,so that the people who

But this picture-fail thing kept happening. There was a quite complex [read: took me longer than 2 minutes] hairstyle I attempted. I tried to take a picture and...

Can you see what I did? No? Me neither, and I can't remember what I did either.


My theory is that sometimes, some things are soooooooo pretty that cameras cannot do it justice and the effect is ruined.

Or. Maybe my camera and the photo booth camera are equally rubbish.


[Sidenote: My first five attempts to upload that photo collage resulted in this: 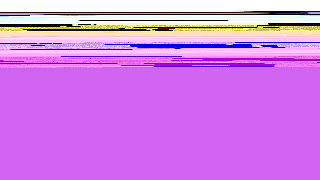 See? I'm not crazy! This is definitely some sort of conspiracy...]
Tweet