Two weeks ago, I put my hair into a bun and it has been that way until now. Literally. 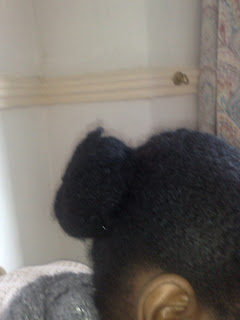 I put it in on Monday, with my handy dandy sock bun maker thingy. I slicked on some aloe vera gel and IC fantasia, as well as some coconut water and brushed it down using my hands and a paddle brush, then tying around a scarf over night. 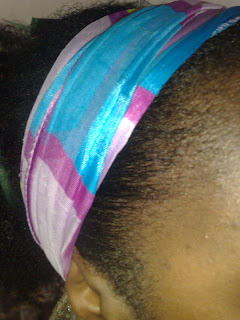 But after a few nights, I could barely tie on my satin scarf, so gave up and let my edges run free. 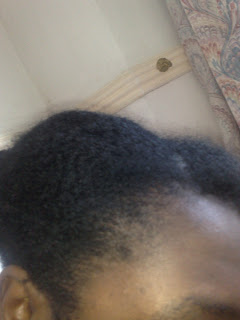 After two nights of sleeping with my bun at the back of my head, I shifted it around to the side to make it more comfortable to sleep on at night. I also switched my fringe over to the other side and tried to do a super sharp part.... 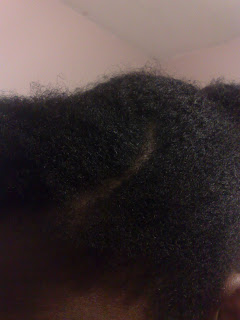 Eh.
For the last few days of wearing the bun, I ended up twisting my fringe back and tucking it into the bun to attempt to make it look like I had actually done something with my hair. 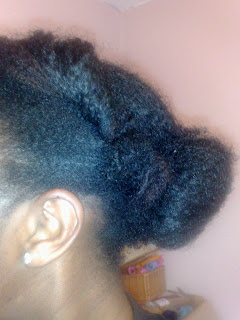 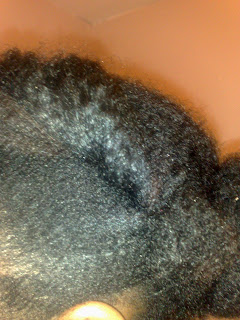 Anyway, when I finally took it down after two weeks, it had been untouchable. Lack of moisture (I know, I know) plus ladling on the gel and coconut water (which I think works better rinsed out of the hair) for a few consecutive nights meant that my hair was sticky, rough, dry and just generally icky.

I even slept without a satin scarf two nights in a row and it barely dented it!

In my defence, I'd only planned to carry on this abysmal behaviour for 1 week, and things came up and it got extended to two. So there we go. Washing it was sweet relief.