After spending two days taking my twists down, I didn't really want to do anything else with it.

I cleaned it with a mix of a little something something (if it works out, I'll let you know) and then put my hair up into a ponytail with a quiff. Or a hump. Or a pompadour. Whatever it's called :) 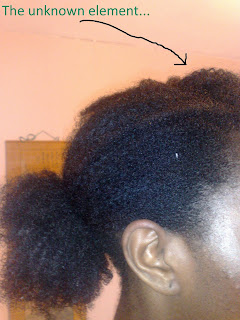 Anyway, I took the opportunity to just not do anything to my hair. I'm not even joking. I literally went to bed like this. Woke up. Maybe fluffled the ponytail bit. And then didn't take a look in the mirror again to peek my hair until the next morning.
I played a netball match as well (and my body suffered for it for about 3 days afterwards, kai!). Since I knew that the team we were playing uh, hated us, I decided that having my hair free was not a good idea.
But it still had to be, you know, cute. Yep, proving my defiance by maintaining my appearance. An oldie but a goodie! 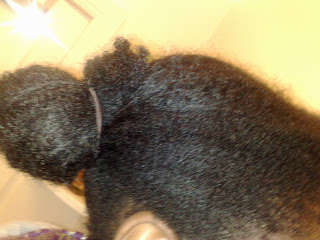 I decided to pull out my dear old style, two puffy buns: my hair was parted (roughly, didn't want to make too much effort) into two sections and each section was rolled under in a lazy bun (pull hair through the hair band in a ponytail, then only pulling it through the hair band halfway the second time). On the left section, I flat twisted my fringe as well and then tucked/pinned it into the section/bun behind it. 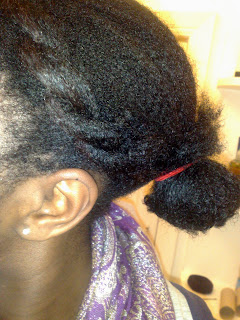 And then beat we them by one goal. I don't even know the actual score. I just know it was one goal - and that is enough.

I don't want to take all the credit but I do think that the laissez faire attitude behind my hairstyle definitely helped boost morale and let the other team know we meant business...
Tweet