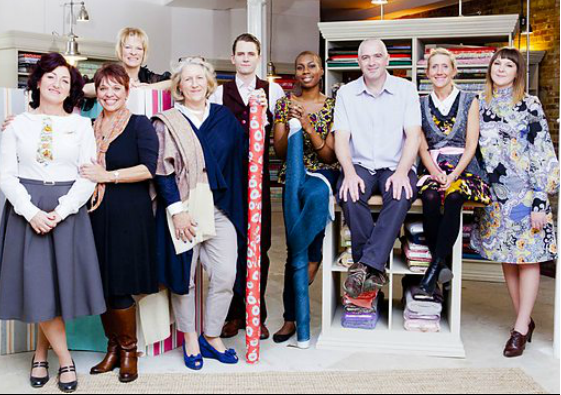 On Sunday evening, I was supposed to be cleaning my kitchen.

Instead, what I was doing was marathoning the Great British Sewing Bee.

Someone at my church mentioned it to me, after I bemoaned my lack of skill/progress in learning how to sew - particularly clothes. In three years, I've gone from enthusiastic amateur sewer, to glaring bitterly at the two(!) sewing machines collecting dust in my cupboard. Since my infinity dress, I haven't made anything since.

Every teacher seems to want to charge a bucket load of money and take up time that I don't have to teach me to make things I'm not interested in.

Then...this show. When I say I'm hooked, I'm hooked. It's great to me to see the various techniques being talked about, because I'm a very visual learner. Everything is explained perfectly for an amateur such as myself. I know it follows a very similar format to the Great British Bake Off, which was HUGEly popular amongst my friends but I couldn't watch that one because it was too tense watching the cakes come out (I know, I'm a wuss).

I also used to watch Project Runway with my mum but, although I loved the creation aspect of it, a lot of the technical terms went over my head and I despaired of many of the 'high fashion' projects and cattiness. After one guy made a maternity dress based around the concept of an egg or a nest or something, I. Was. Out.

In this one, everyone gets on and supports each other and, though it's still competitive, there's no animosity. I find it hilarious when there's about right people, running around losing their heads, and then someone has finished already and is having a biscuit and a cup of tea.

It's definitely my kind of reality TV show.

I like how they explore the history of fabrics in the UK, explain the different properties of whatever material they're using and give definitions to whatever jargon they're using...a total geek's dream! Squee! I found myself feeling really inspired and taking notes.

I love the different characters and personalities. I don't want anyone to leave! Some of my favourites are... 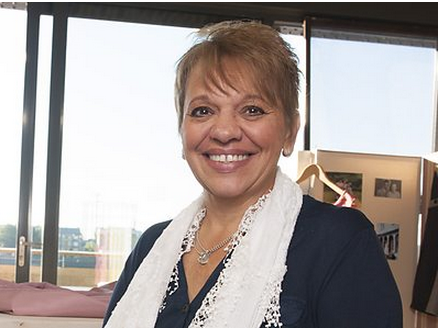 I love Linda, whose beautiful smile reminds me so much of my mum, it twists my heart a little and makes me pick up the phone for a call. She's so bright and bubbly, and so...well, Welsh. Absolutely brilliant. 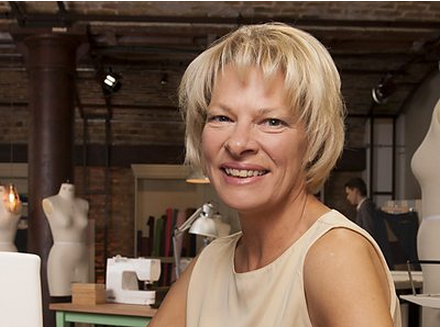 I adore Heather, who is incredibly elegant and a perfectionist and sweet and easily flustered. I love watching her talk, because she always makes me laugh. The fact that she learnt to sew so she could make clothes when she couldn't easily afford them just makes her the more endearing. 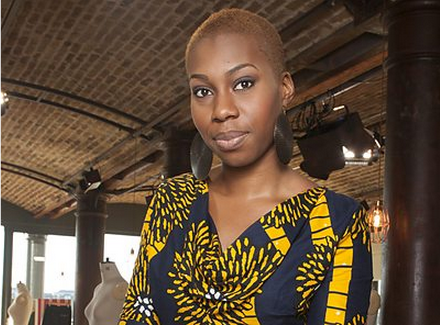 And then there's Chinelo. Wow. Maybe it's because her style of sewing is the one I'm most familiar with, having grown up going to people's houses, having everything from your nose to your toes measured; of drawing a design, rather than picking out a pattern, resulting in these crazy elaborate ankara creations...It's cool to see that on TV, but it's also great to see that (unlike many tailors I've come across in my ankara wearing years) she cares about the little details and the way the clothes fit, as well as the huge bow on your shoulder. She learnt the 'African' method from her aunty who is a tailor, but unfortunately, I don't have one of them lying around... She's not familiar with patterns, preferring to semi-create her own based on  the model's measurements, and doesn't always use pins but she makes it work for her.

Oh, and she has a blog now *stalks obsessively*.

All in all, it's massive inspiration to get back into sewing. One of the most basic things I've taken away from watching it is - have a go! Because if you don't start, you dont' give yourself a chance to succeed.
They all have varying reasons and motivations for making clothes, such as putting their own stamp on it or necessity. Mine is simple - when putting something on, I want it to give the wearer (me, probably), the best feeling they possibly can in it.

So I may not have been able (or courageous enough) to have a wack making my own wedding dress, but if I start now, I might be there by the time The Littlest Sis is ready to wander up the aisle.
Tweet