The Paris Half Marathon!

Of course I didn't run it (or I wouldn't be here now writing about it, trust me), but The Wonder Thing (a title he really deserves after last weekend) and a friend were doing it, so I went along for support, bag carrying and to ensure enough compote was devoured by my participants so they didn't pass away in the aftermath. (I'm not a worrier).

We took the metro to Chateau de Vincennes, as did near enough all of the participants and their supporters. 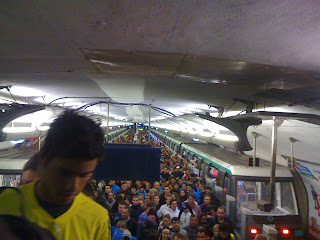 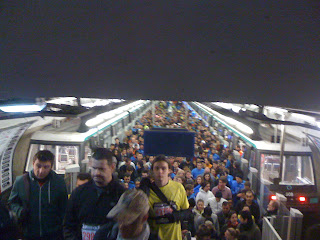 The Wonder Thing got his bracelet letting him know the pace he should be running at, and where he should be at what time, in order to complete the race according to his target time. This also allowed me to know approximately where he would be as well.

I decided to wander around a bit after they'd all abandoned left gone to their respective fenced off areas (There were different pens for different times. The fastest, professional runners were released first, then the second group and so forth until the slowest group. This meant that Olympic like athletes weren't running behind someone who had decided to do it 'just for a laugh' dressed as Spiderman.)
Some people were too impatient to go around with the crowd and be gently filtered into the pens, so they just climbed over the fence.

(Eventually. My friend in the slowest group didn't start moving until an hour after the professionals)

It was the first Sunday of the month, so I decided to take advantage of free entry in historical monuments and go and check out the Chateau of Vincennes. 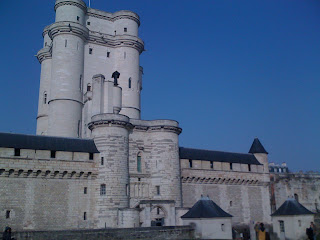 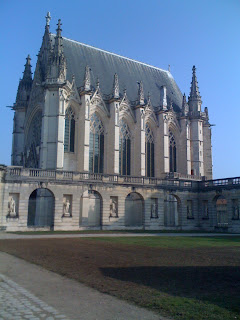 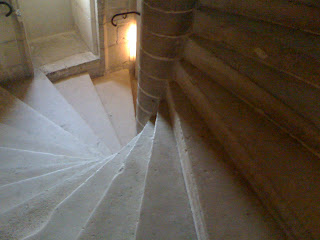 Then off to the Bastille, where there was a very proficient samba reggae band called Muleketu playing. Apparently there was a band at every kilometre to encourage, entertain and inspire the runners, which sounded like an incredibly innovative idea. 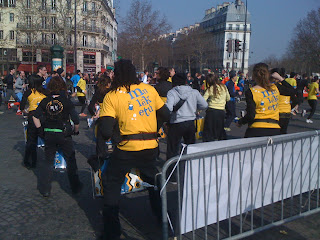 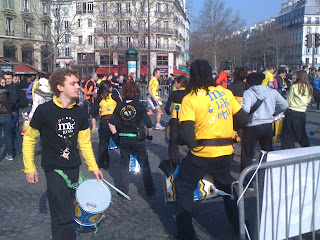 Since they looped around La Bastille, I got to see The Wonder Thing twice. While waiting, I took in the atmosphere - it was ripe with positivity and that eager, sparky conviviality you tend to find at athletic events. 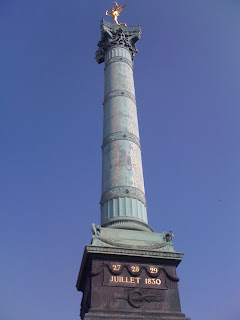 Oh, and there was a guy who did the entire thing on stilts. Legend. 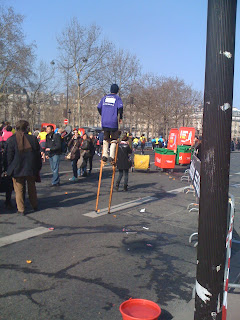 I still hold firm to the fact I will never do one (and the amount of people I saw on stretchers merely strengthened my resolve). It was a great day out (despite not fixing a meeting place with The Wonder Thing for after the race, resulting in a more than hour long search for each other. Soy muy stupida..).