Since it was one of my purchases, I decided to do a Cassia treatment to strengthen my hair. I didn't want to do a Henna because...well, I couldn't be bothered with the staining.

It's bad enough with hibiscus, and I actually like the colour of that.

Plus, I don't want red hair.

(If Henna stained purple instead of red, then I would probably have shares in the darn thing, but that's the way the Lawsonia Obovata crumbles).

I got it from my lovely local hippy co-operative shop.
This was the brand. 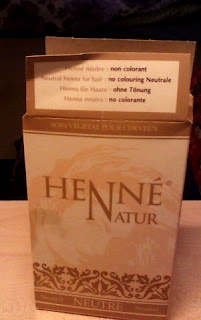 Yeah, I don't know who they are either.

First up, let me admit something. When I poured the Cassia powder out into the bowl, I expected fireworks.

I thought the stuff was going to come out wearing squeaky, shiny blue briefs and a cape and declare "Worry not, A Simple Thing! All your mushy haired breakage issues will now be a thing of the past!"

Of course, my over active imagination had set me up for crushing disappointment, because this is what I got instead: 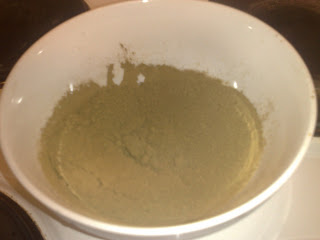 Not only were there no trumpets or superhero theme tun music, it also smells almost exactly like henna. I know because I leant over the bowl and accidentally inhaled some.
I dumped the entire 90g into a bowl and added enough hot water to change it from a powder, to a paste... 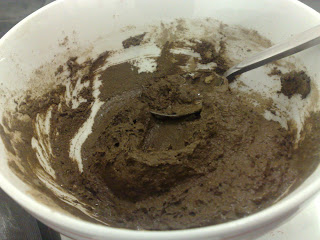 ..and so forth, until it was the consistency of chocolate pudding.
Because, you know, then it was thick enough to spread evenly on my hair.

Then I covered it with...well, I don't remember, but I left it for half an hour, as per the instructions.

It went very brown on top. Maybe I didn't cover it properly. Oopsie. 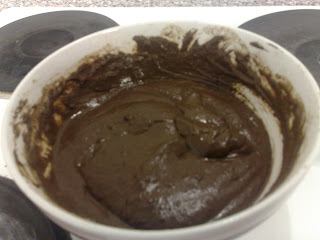 I separated my hair into four incredibly elegant sections and pre-oiled really well with Vatika. 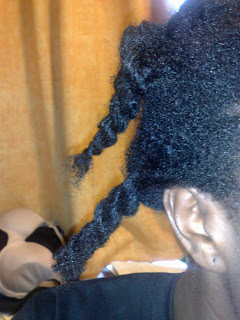 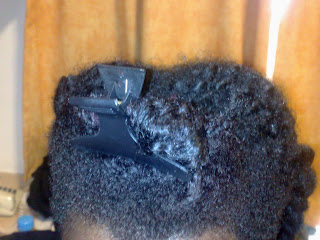 So with my gloved hands, I slapped the Cassia  on section by section. 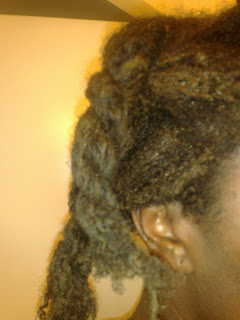 I tried to twist the four sections to make it easier and more methodical when rinsing it out, but that didn't really work since the heaviness of the Cassia and density of my hair meant that the twists kept unravelling and I just couldn't be bothered to do it up again. 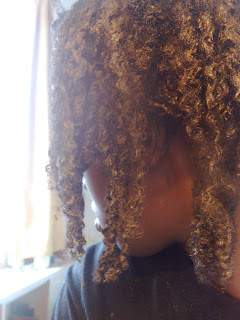 If you want a reeeeal depth analysis, the procedure went a lot like this:
SHLOP! Schlep, schlep, schlurrrrrrp squish schlapschlapschlap!
I don't have any fancy gloves, so yes, I did use my kitchen ones to avoid staining my hands. 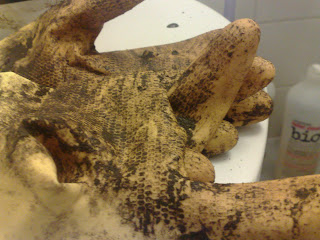 I left it on for an hour and a half and it took me an hour to rinse it out, probably because it was too thick and because I couldn't get more pressure. Removable shower heads are so under rated! Plus, it got everywhere in my shower - once my head was wet, if I turned around too quickly, there would be a massive streak of Cassia up the wall ;_;
So if I do this again, I definitely need to add more water to the paste (love of chocolate pudding consistency aside), because it dried on my head extremely quickly.
I did suffer massive breakage (as usual), so didn't take any pictures because I was sulking. More on that later (the breakage, not the sulking).

I half heartedly conditioned, because I was exhausted, then used my usual leave in and then sealed with Vatika oil and twisted my hair into fat twists.


My verdict on the Cassia?
Usually, after washing, my hair is mushy, especially if  I pre-treat it with anything, but it didn't feel that way afterwards.
My hair felt mildly stronger, like I'd had a weak but really effective protein treatment.

I was not completely blown away by it but then again, you know, I was expecting fireworks and Superman and briefs, you know? So it didn't meet those high (and probably unrealistic) expectations but it did pretty well.

Even now, when I touch my hair, it doesn't feel as limp as it usually does and that was *looks at the scheduled time of publishing* three weeks ago, so I'm thinking of making this a regular thing.

Maybe not during exam time though, since I made a real mess of the kitchen, because I dropped the stirring spoon and the Cassia went....splat on the fridge and floor >.< Plus, at £2.40 a go, it'll be like every 2 months or something -___-
Tweet