The Wonder Thing had his birthday last week - Yay for him!
And in celebration, I'm bringing together a list of my all time favourite red heads, after The Wonder Thing and Lady V of course. I mean they get a generally large amount of stick and ridicule, which I think is ridiculous and unfair and it keeps making me want to go up to redheads and tell them I love their hair colour and they need to EMPOWER THEMSELVES AGAINST THE MAJORITY! WHooooooo!!

But instead, I just made this list. And ate a ginger crunch cream biscuit. What deliciousness...
Anyhoo, here's a little bit of love to some people I admire.
Who happen to have red hair.
Who will make this extremely exclusive (and potentially discriminatory) list? 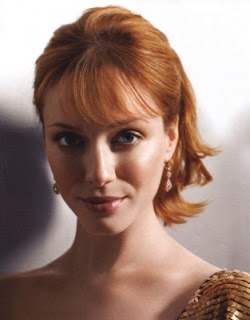 This actor/actress is amazing, though very much more renowned for her voluptuousness. I was blown away by her effortless portrayal of Joan in Mad Men, but then I watched an episode of Firefly where she portrayed a woman known as 'Saffron' that is initially at the very opposite end of the character spectrum Joan.
*wipes tear from her eye at the memory of the emotional rollercoaster*

Next, we have the notorious Ichigo Kurosaki.
What? Cartoons count!


Lead protagonist of the anime and manga Bleach, Shinigami (Death Spirit) defender of Karakuro town, protective older brother, high school student and wielder of a helluva lot of reiatsu (spiritual pressure) and a massive zanpakuto (his Shinigami sword). He is anime-awesome personified, if not a little angsty every now and then.
But that is only to expected after you are continually involved in the shenanigans of the world of the dead against your will. Sometimes, a dude just wants a nap.
Speaking of Bleach, Inoue Orihime everyone! *Wild Applause*
Orihime Inoue  is the peppy and adorable redhead, also of Bleach fame. Her taste in food is not really appreciated by many of her friends (As Kurosaki and Ishida Uryuu show).
I was convinced that she was going to be the fluff girl but she's actually a lot more than that. For someone I initially thought to be extremely ditzy, she's incredibly empathetic, resilient and loyal, plus her black belt in karate means she can probably kick your butt.

But then she'd apologise afterwards and probably try and feed you....
You may have seen her as part of the Loituma Girl meme. 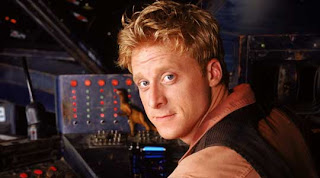 Alan Tudyk (pronounced Too-dik), of Firefly fame - he also Wat in A Knight's Tale, the kinda sleazy Jack in Knocked Up, Sonny from I, Robot stole his voice,  he played Steve the Pirate in Dodgeball, and he is the only male who exists outside of a book/television to make my list and the second Firefly reference [I'm not even a little bit ashamed]. Plus, the Rebel Sis loved him as Alpha in Dollhouse (well, hated him. But in a loving way. Aaahh, you know what I mean!)
He just makes me laugh in a memorable way, which is why I remember everything I've seen him in and he's just so darn sweet!  Plus, totally modest as well.


It's kind of ironic that Adoua Aboah is on this list, because she caused a massive debate between The Wonder Thing and I about 'black' people having red hair and every time I think about it, I get so frustrated I could burst. 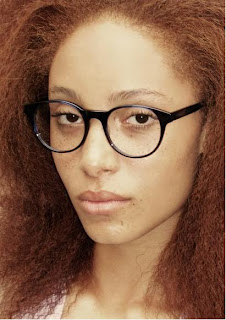 But anyway. She's incredibly striking. Her hair is AMAZING. The fact that she's has British and West African ties makes me do a little dance every time. And I adored her involvement in the 2010 Christmas H&M campaign with her sister, whose hair is equally amazing. So cute!
(Hilariously, as I wrote this, The Wonder Thing called. After a brief discussion of what I was up to, he conceded that yes, tis possible for those who label themselves as 'black' to also have hair of a reddish hue.
Victory!)

I was going to include Rupert Grint, but it felt a bit weird, what with him being so close in age to me and silly old me not activating the 'Strict''option on my Google Search and all that (Harry Potter shippers are...well, imaginative!) I just felt uncomfortable with it. But he plays Ron very well and thus gets an honourable mention as does Florence Welch, who I was too lazy to write anything about and I suspect has dyed hair - no seal of authenticity there!
Tweet