Ponytails are not Protective

Not that it stopped me wearing one for four days.

Including a night without my satin scarf. Yikes! 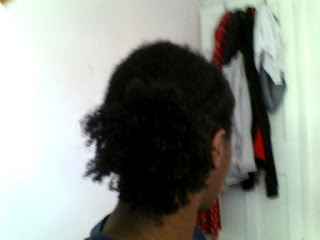 On Thursday, I found some itsy bits of breakage just from me touching my hair after the satin-less night. I decided to sort myself out with an emergency treatment. I broke out the cubes.
Well, kind of.
I broke out one to thicken up some left over [and dried out] bentonite clay mixture I had. The mix didn't look great. Somewhere along the way I'd forgotten that, despite the similarly wonderful effects, rhassoul clay and bentonite clay are two different things.
And I added too much water.
Despite the ominous film music playing in my head at the sight of the bentonite clay bits in the bottom and the far too liquidy mixture, I decided to pour it into an old shampoo bottle and pretend it was like the Terresentials Mud Wash.
I applied it four sections and left it on for 5 minutes [which is longer than I usually let anything sit on my head - I don't like too spend too much time on my hair. That is precious time that could be used for cooking/eating.
Mainly eating.]
I rinsed it out, realised that my hair felt good, then Tresemmé'd up. Did a dance for a minute while I left it in, then rinsed out and added some more as a leave in.
As well as some oil.
Then I decided some shea butter would be a good idea, since I was styling.
I'd decided a sock bun, with two cornrow braids framing it would be a good idea, based off this hot crossed bun idea from The Beauty Department. 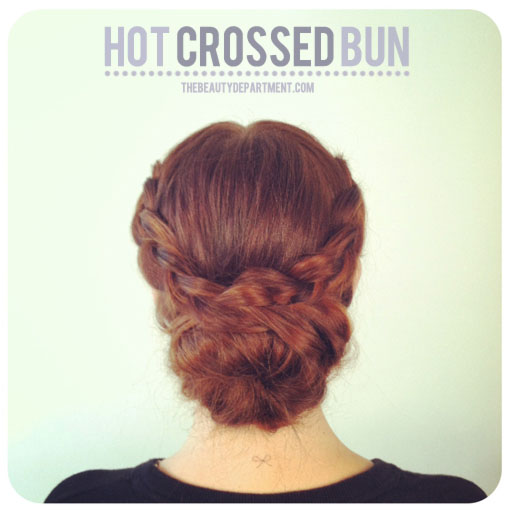 However,  my hair doesn't stretch that far and I don't really like touching it when it's wet.
The following pictures are horrendous. I think I had a barbecue to go to that day so I was rushing and didn't release my braided fringe. 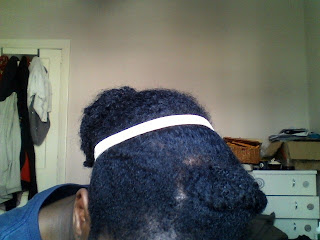 I think I added gel to the back section. 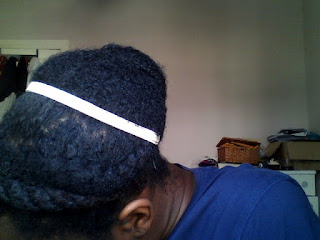 Aha! A picture of the back. From what I remember, it was a sock bun. 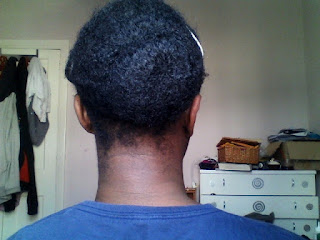 On Friday morning, I took down the sock bun, because my sock doughnut was sodden and the idea of having the mildew smell that comes from old dampness was making me gag. My hair was slightly stretched [and damp], so I simply did three chunky twists, and pulled at them slightly for volume, then pinned them erratically till they looked good.
If you look closely, you can even see all the bits of hardware sticking out... 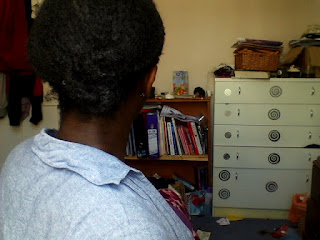