I'm not going to lie, I can't wait for the Royal Wedding.

Mainly because, once it's over and done with, people will hopefully stop talking about it.

Obviously there's going to be a  of hype, especially since the Prince is marrying someone without a title.

Thus, we're heralding the creation of a new Princess/Future Queen from 'the ordinary people'.

And isn't that the story little girls have been told since almost forever?

I wonder how many girls feel like Geraldine did in that episode of the Vicar of Dibley?

To be honest, I think the media coverage has been a bit much. I think this mug I saw on Afrobella sums it up quite nicely for a lot of my friends: 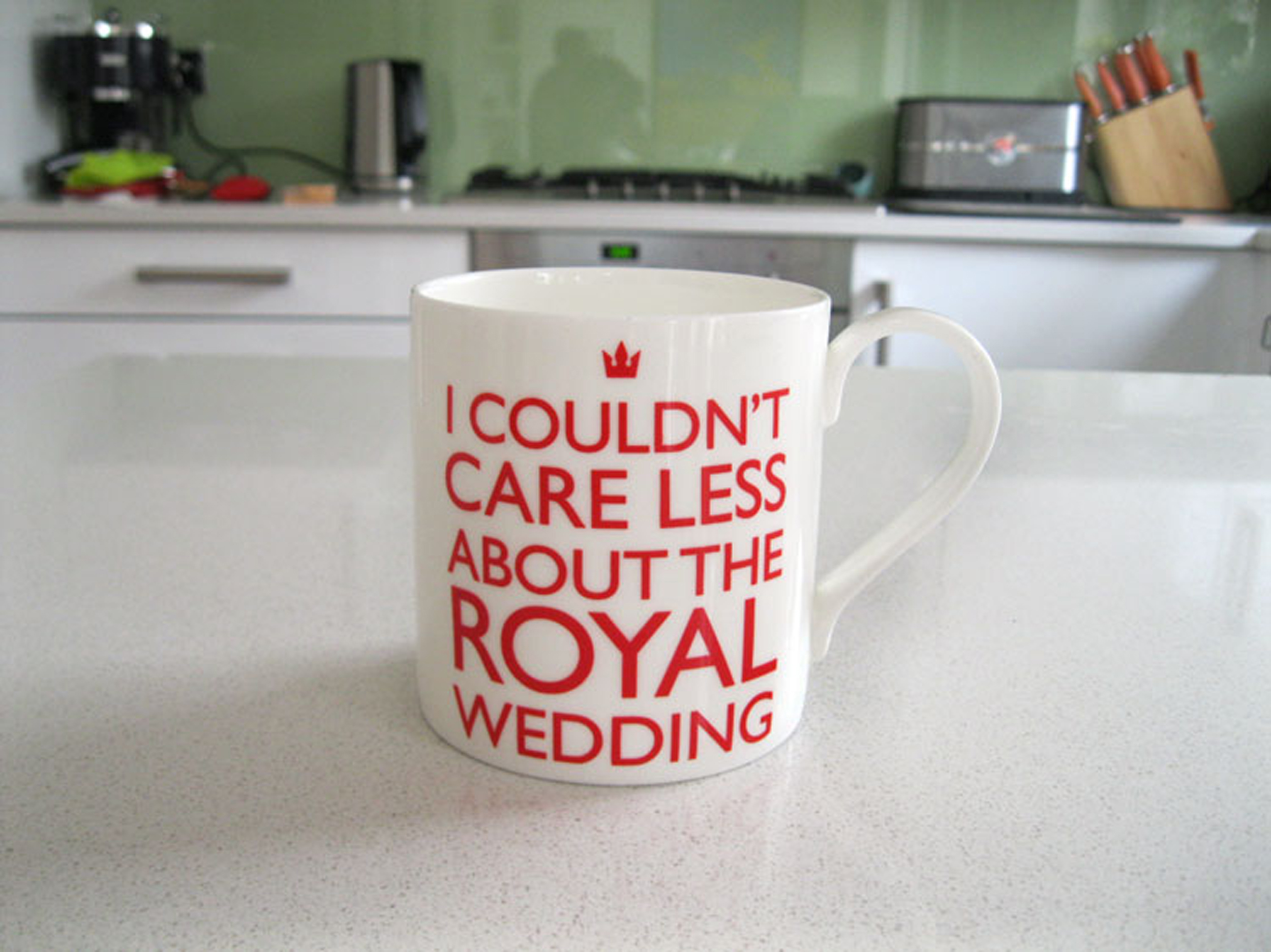 Although I wish the soon to be wed couple every happiness, I wasn't too eager to listen to the build up for 2 weeks, so I thought I'd watch the news channel and even CNN was gabbing on about it.

Sis: I thought they kicked the monarchy out of the U.S. Why do they care? They don't even get a bank holiday out of it.

Mum: It's the romance of it! Love.. is universal.

My Mum's a proper Royal Family lover. I just hope she isn't getting any ideas about weddings though...

I don't know why I said that, since I know she is.

Even on the French radio station I was listening to yesterday, all they were talking about was "Le mariage de William et Kate..."

It's an international affair!

Big, extravagant weddings give me an awkward case of the heebie jeebies and the fact that millions of people will be watching makes me feel nauseous and it's not even my wedding!

I'm terrible at the weddings I do go to though - every time they say the vows, I can feel myself tearing up. When the bride and groom look at each other? Oooh, don't get me started! I'm a sucker for a happy ending.

Even with all the moaning about the costs of the wedding, I think it'll be a pretty awesome ceremony.

Which is how I ended up watching the truly abysmal sequence in Friends where Rachel does one of the most selfish things I've ever seen in order to crash Ross' wedding day and tell him she loves him.

However, despite how much I seethed at the television screen, I truly appreciate the fact it gave me this scene from Hugh Laurie (embedding was disabled and the other versions were in Spanish...)

Now if you'll excuse me, I'm off to do the traditional wedding chicken dance.
Tweet