Can you guess what this is going to be? 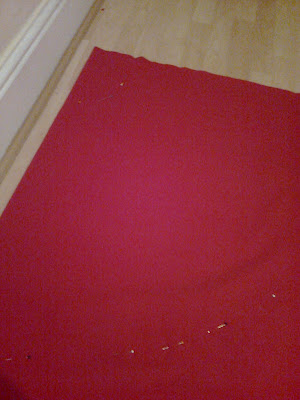 Nay, not a circle skirt (out of fleece? My goodness! What genius! *Scribbles down for winter wardrobe ideas*)

Tis to be a cape of wonder for a three-year old.
Who was two when I started making this #SlowSewer.
And barely born when I planned it #GetItTogetherSimpleSeriously.

I am mega proud of this - it was inspired by the Audrey Cape that I'd seen on Project Run and Play yeeeeeeears ago. I LOVE dressing up and am a big believer that little kids should be allowed to dress up and play and pretend for as long as they like (say, till...death maybe? Be still, my cos-play beating heart)!

Dramatics aside (or front side, depends where you're standing), I wanted it to be more...colourful than beige. And dramatic.

The Little Wun that this is destined for adores red like you wouldn't believe (she's made a foray into pink that I'm hoping will be brief - I don't think I can do that well). Anyway, hopefully she likes it (reaction to come) but I loved working on it for various reasons. 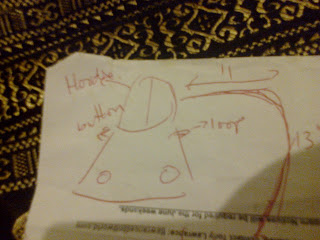 1: Draftin'
I am someone quite unable to make head nor tail of traditional sewing patterns and have as yet not yet mastered them, so at the moment using measurements to create my own pattern piece(s) and then dealing with the chaos from that.
I chose ALL the measurements and sizes and seam allowances etc and I LOVED it!
Even the hood! Which took a bit of puzzling and deep, David-esque thinking to work out (and then I had to trace around it in order to replicate it for the lining, which I should have done for the main body of the cape and its lining. NEVER MIND. Experience yo, tis a teacher and all that jazzmatazz).
All that control and power is going to my head. I'm going to go conquer a kingdom or something now.

Also, on tonight's Sewing Bee, they're doing children's capes (or something similar, from the preview), so as well as being a kingdom-conquering seamstress, I am also possibly psychic. 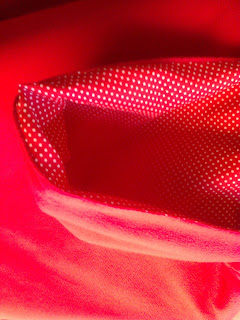 2: Da Hood
I love hoods - like cheap, attached ear warmers. Also, you look majorly mysterious with a hood.
I wasn't sure how to do this idea, so I did what everyone does nowadays - googled it. Having learnt at the age of 8, when I thought I'd invented the strapless dress whilst wearing a towel. that someone has probably had your good idea and tested it out, I found this beautifully solid Little Red Riding Hood cape tutorial. I made my hood a little bigger (for her hurr). 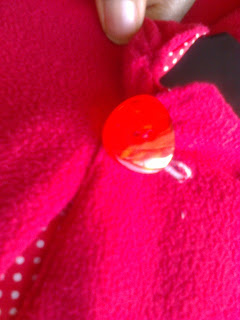 3. Big Buttons, yo    This was the last one of its kind at the shop, and I bought it because...I wanted to save it from orphanhood? I took the container to the till before I realised it was empty and tried to cover my attention deficit pride? Fine, its pretty and I'm pretty shallow.
First time sewing on a button to one of my creations that is supposed to be functional, instead of purely decorative! Which leads me nahcely onto...

4. Button...HOLE!
I read my manual 4 times, tested it five and then just went for it on the fabric. I didn't read any tutorials, so I've no idea if I've done it right! It was majorly instinctive, and minorly guesswork-ive. But it works and that's all that matters. Plus, she'll be able to use it and I didn't have to faff about with straps. 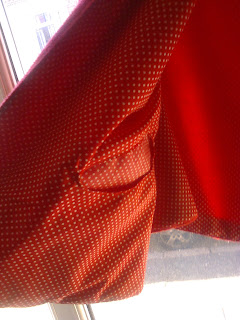 5. Pockets
Because I think they are the best.
Oh, and so is the Lier at ikatbag whose floating inset pockets tutorial I used (and blog I slavishly follow). I should have the facing and pocket bigger than the pocket hole, but I thought I'd be cute and make it the top part of the pocket, which meant sewing the facing and pocket lining together was...er..done tentatively and with a good glup of hat-holding and edge-of-seat-sitting. 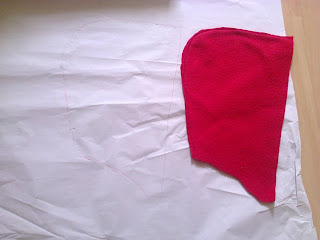 I had so much fun making this cape - I love the lining (which is a light cotton, instead of a proper linng fabric - no seam finishing, haha!), designing, cutting. I did the best I could, but within the realms that it didn't have to be perfect, because in another 3 years, the Little Wun will be a Big 'Un and have outgrown it. Unlike when I make things for myself, there was no pressure.

In fact, there was negative pressure, since this was to be a surprise that I could scrap lest it went terribly, horribly wrong.She couldn't care less if the stitching is a little bit funny and there's a excess crease fold on the bottom of the cape (why? Why does that keep happening to me?)

I drafted it myself, So I made it with the intention of it being sturdy, wearable (in the short term anyway...especially based on the craftswomanship *embarrassed cough*) and just enjoyable. Let her use it to swoosh about the house, or swirl in continual circles. It is made for specially for silly hi-jinks. 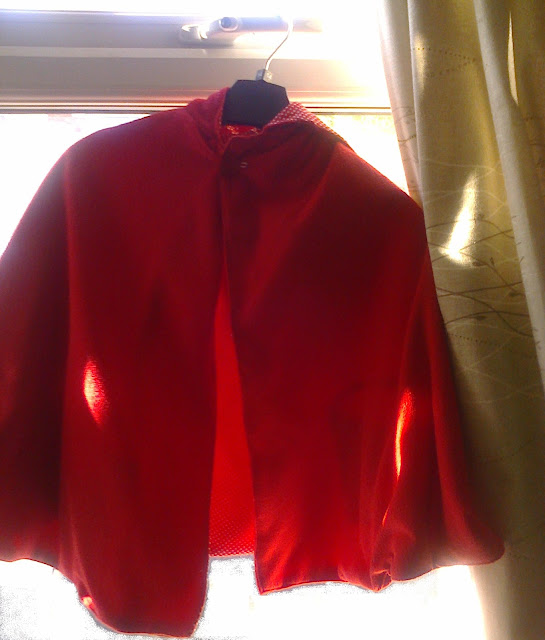