Out with the Old

And in with the familiar!

So, after sitting down and whining and fretting about everything I wanted to do to my hair, what did I do?

Why, mini twists of course!

I started it late on a Tuesday evening and finished it on Thursday afternoon.

Which means, technically, it took me less than two days and is officially fast than my last set.
Huh. Maybe I'm getting faster?
I think I changed my technique half way through, because one side was longer and straight than than the other. Did it on dry hair, using only minute amounts of shea butter mixture on each twist section.

And then I got my hair trimmed by The Wonder Thing. 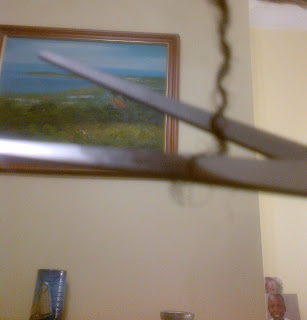 I simply pointed out the ends that weren't curling, gave him the hair scissors and let him do away with the wicked, whittled ends. I know that when it comes to cutting, I'm a bit stingy, whereas my better half was deliciously ruthless in following my instructions and snipping off up to 1.5-2 inches of rubbish ends. 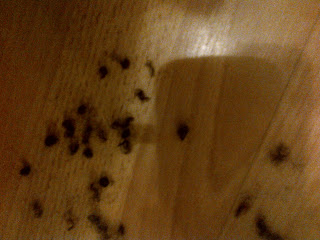 After which I spent the next hour and a half stroking my hair.
Despite how much I despise cutting my hair, I love the way it feels after it's been cut. I definitely need to maintain this feeling throughout the year. 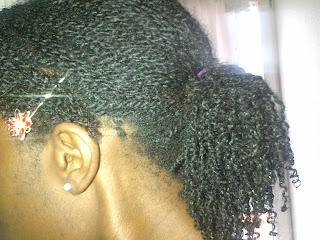 Wetting my hair in the shower every morning and adding aloe vera gel and some sort of oil (usually this one) on top has kept the twists feeling great. I prefer to do this in the morning because then I'll definitely do it - at night, it feels like far too much hassle to do!
I've got to admit, I haven't always worn my satin scarf at night - at first I thought I forgot it at home. However, I managed to find it, only to have it continuously falling off my head during the night.
Can't. Win.
I do tie the twists up at night though, to prevent too much movement and overheating of my face during the night.
I co-wash every week or so and go over my scalp partings with an old, soft toothbrush and some witch hazel every week. Also, because the water in Paris is notoriously hard (the pipes in my apartment are a mess), I've started adding Apple Cider Vinegar rinses in to my weekly co-washes.
Every now and then, I re-do the twists around the parameter and some with the loosest roots..
That's it! 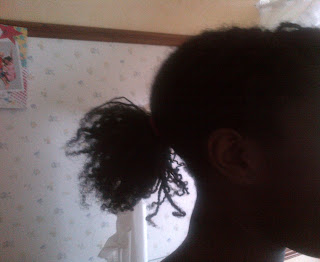 It was also semi-perfect timing that I put these in, because then I could join Loo's Challenge with ease, because I was already there.

At the time of this being published, they've been in for 5 weeks (finished them on September the 13th) and I originally thought I may actually be pushing for 8 weeks (until November the 16th). I might even put them back in - who knows?

I just really appreciate the convenience of having my hair like this when I'm so busy settling in and running around. And not having to stretch on a weekly basis! (At least) What joy!
Tweet