The Day of doing the Most: Part 2

So my hair is wet, quite clean and my guest is downstairs cackling at Secret Garden. I went to join her and decided to try out some Curlformers.

You better believe I jumped on that bandwagon. I've always wanted to try roller setting but the effort seemed far too much. I wanted something simple and easy that I wouldn't constantly need to re-arrange. This was before Curlformers started selling in Sally's in th UK, so I bought some off ebay. 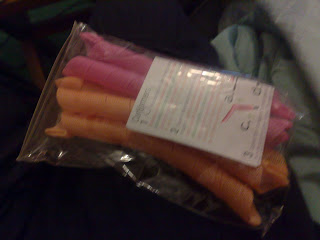 My hair was still damp, so I separated my hair into four sections. I applied some Giovanni's Leave in and my oil mix to the area I was working on and then separated that into two and divided them into smaller sections until I was happy it was small enough to fit, but big enough that I wouldn't be there until time ended. I twisted the roots [to stretch 'em] before putting them into the Curlformers. I realised that

1) If you try and pull the section into the Curlformer and it doesn't fit or gets stuck, your section is almost definitely too big.
2) If you can't even pull the section down after wrapping the hook around the twisted root, you may have the hook too far up near the root of the hair. Slide it down the hair towards the middle until it works better.

It took me two episodes of Secret Garden til I was done, so that's about 2 hours. I'm not sure if the Faerie's insistence on helping me made it shorter or longer. I actually ran out of Curlformers - I think I used 48 in total -  so I had just the one lonely section, which I just twisted and pin curled because I was tired. I didn't find that my arms got tired, but that might just be from the netball/because I'm Supergirl.

They weren't completely pain free [my impatience and failure to take my own advice bit me in the butt several times] and some of my hair did get caught in them, but you're touching your hair; breakage happens. 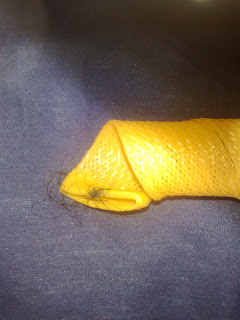 Sleeping on them wasn't too hard, though I'm a rough sleeper so it wasn't exactly easy either.
I simply separated the Curlformers, so there was a space for my head to get to the pillow and I wasn't lying on a massive wad of plastic.
Every time I rolled about to turn on my side, I remember that in my half conscious state thinking "Ooh. Curlformers." And that's it really.
I have serious, serious problems when it comes to getting all of my hair stretched and I was sure that I would be the exception and would soon be selling these back on ebay.
When I took them out in the morning, my jaw hit the floor, I was shocked. Flabbergasted.
Somehow, they had worked. To prove it, I took multiple [and probably an excessive amount of] pictures. 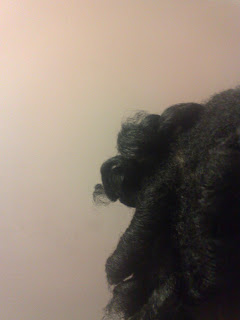 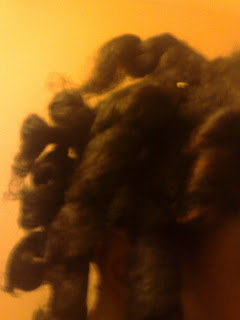 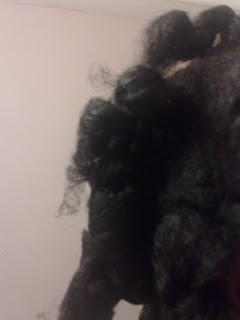 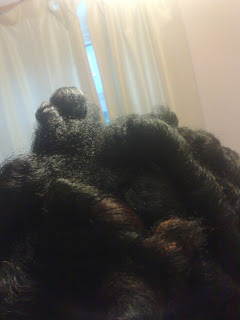 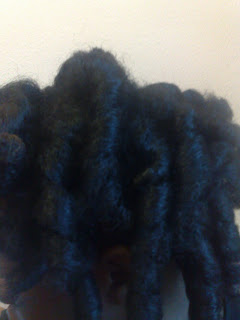 I didn't want them as a set - I was only using them for the [pretty awesome] stretch and I thought my hair in my curls were slightly Shirley Temple-esque. I was only seven curlers away from her signature style, so I think my point was valid. The Faerie and my housemate also want to try them out now. Some of my ends were a bit puffy because I confused the sizes - I have a mixture of the long and extra long and the hair at my crown is longer than my hair at the sides. Next time, I'll have to remember to use the right sizes on the right areas.

After all this faffery and activity, what did I do? 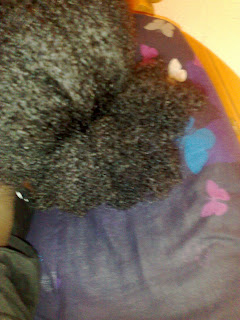 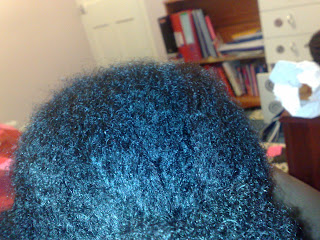 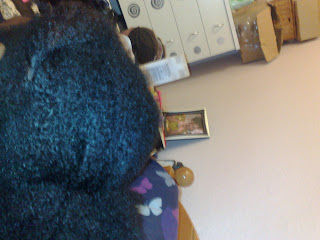 Put my hair into a sock bun. And it felt GOOD. It was sleek, but without the inevitable tangling that I know would come if I had done a wet bun. I didn't use any other styling products on it, apart from a little bit more of my oil mix. I was very much enamoured of the effective stretching from Curlformers, because I've tried quite a few techniques - braids, twists, banding, bantu knots - and none of them came close. It's not something I can do on a regular basis though, because it is a lot of mucking about and effort.

Maybe I could get someone else to do it for me...
Tweet