As well as my plans for myself, I've also been working on a little something-somethng for three littlies that I know....

I have to confess - if you'd told me I'd make what are essentially three flat bags this year, I'da said you were crazy. I'd thought flat bags were mad BORING and...well, flat. No excitement!

Well, maybe I've changed my mind. A little.
A lot.
Plus, I needed the sewing practise.

If the first bag looks familiar, it should - it started out as an interesting way to use up my scraps from the riding hood cape project. All the drawstring bags in this post were upcycled from scrap fabric I had lying around and made using this tutorial (the first is slightly longer because I was making the measurements up as I went). So this is quilting cotton, and red fleece... 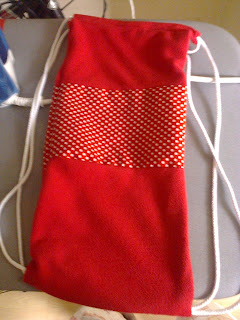 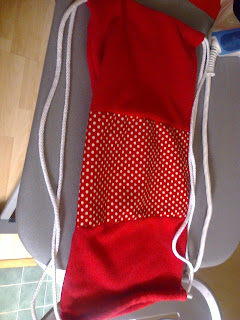 Denim (from a pair of old jeans) and green scrap satiny fabric with green drawstring. I was definitely channelling Teenage Mutant Ninja Turtles when I thought this up and I'm glad it worked out as I imagined. The satiny fabric frayed like no-one's business, so it's on top of some more denim so as not to undermine the integrity of the bag, especially with the rambunctiousness of the new owner >.< 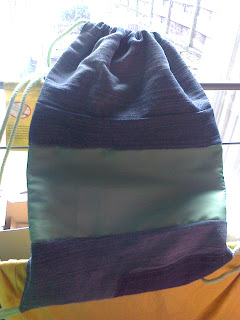 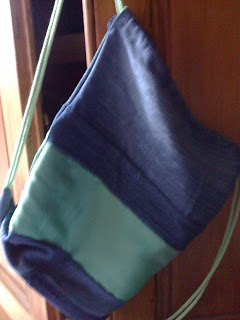 The final one is cotton poplin, chosen specially by the recipient, who couldn't decide between pink and yellow, so received a satin lined patch pocket. It was only after I put it on that I realised it was ever. so. slightly. crooked.
Beh, I thought.
Two surprises instead of just one. 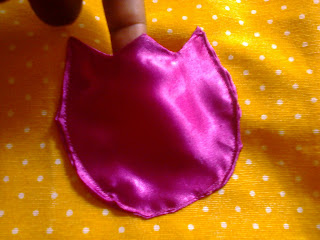 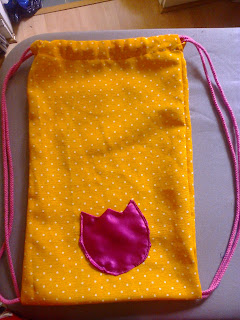